The Abandonment of American Principles

For most of my military career, the United States followed the rule of law and resisted legal shortcuts that ran counter to our country’s long-standing principles. We didn’t beat or humiliate helpless prisoners. We didn’t lock up alleged criminals and throw away the keys. We didn’t let fear change who we are and what we believe. Then came Guantanamo. Political expediency replaced due process, and America started down a slippery slope of doing what is easy and politically popular rather than what is right.

I remember my early days in the military like they were yesterday. Two weeks after high school graduation, I talked my mother into signing the papers that allowed me to enter the Army at the young age of seventeen. Soon I was off to basic training at Fort Benning in Georgia during the height of the Cold War in 1984.

While in basic training, the U.S. Army instilled in us a set of principles and then promptly sought to test our resolve. We were told that it was routine for the Soviets to detain citizens of other nations without trials. The Army even had a fake Russian officer stand on a stage and attempt to rattle us young recruits by telling us that our weakness and sense of morality would lead to our demise.

Along with the other young basic trainees, I shouted down the Russian imposter and I remember leaving with a sense of triumph. I thought to myself, "I am an American damn it! Even the worst people get a fair shake." As President Dwight D. Eisenhower said in 1956 and the Soviet Union realized in 1991, "America is strong because we believe in the dignity of man."

Today however, I am deeply concerned that our country’s greatest legacy of strengths – our sense of justice and dignity of man – are eroding. Redefining torture to allow for harsher treatment of suspects and detaining prisoners indefinitely represent a total abandonment of our principles. Remember we have released over 500 detainees the government was unable to establish anything at all against.

Throughout our country’s history, we have prevailed time and time again over the most infamous and tyrannical of individuals – no matter the enemy, their strategy or tactics. During my more than two and a half decades in the U.S. military, I have witnessed firsthand the positive impact our country has had around the world.

As a young infantryman assigned to West Germany in the mid-1980s, I helped protect people from being placed in jail and beaten at the hands of the Soviets. I remember an old German man thanking me as an American not only for allowing his country to return to democracy, but also for harnessing the Soviet Union and its blind efforts at world domination. My thoughts reverted back to the faux-Russian officer in basic training attempting to ridicule me, my sense of morality and my pride in our country.

In Bosnia, I investigated crimes committed during and after the Bosnian war. Again, I was thanked by civilians for helping put a stop to the insane idea that a person’s religion is indicative of his or her worthiness to inhabit the earth. I remember a Bosnian Serb official telling me, "You Americans act so damned principled, what do you know." For a moment, I was again reminded of that assembly at Fort Benning and I felt a sense of triumph.

While serving in Iraq, a newly appointed Iraqi governmental official told me that, if America were going to succeed here, it’s time to pick sides. He then presented me with a list of names in Arabic. The implication was obvious – he wanted me to prosecute some political opponents. At the time, I laughed off the suggestion and never even had the list of names translated. We’re Americans; we do not use legal powers for political purposes.

In 2004 I heard that the U.S. military was involved with abusing prisoners at Abu Ghraib. My first thought was, "Oh, I bet these soldiers will be prosecuted to the fullest extend under the law." I was outraged when I actually saw the photos and wondered how American soldiers could inflict such harm on helpless and handcuffed prisoners. We are trained yearly on the Geneva Conventions; we in the military know better. In retrospect, the country had already veered dangerously off course, and I hadn’t fully realized it yet.

Then came my assignment to defend Fayiz al-Kandari, a Kuwaiti who has been locked away in Guantanamo Bay for the past eight years. Initially, I was skeptical of my client and his claims of severe abuse and broken bones at the hands of my fellow service members. I remember thinking, "How bad could it be?" That was until one day when he insisted on showing me the multiple, large, horizontal scars that spanned the entire length of his back.

Still unconvinced that he had been beaten, I decided to obtain his medical records only to discover that many were missing during the timeframe Fayiz claims he was beaten. Meanwhile, the records I was able to review were severely redacted and hard to read. It was then that I realized Fayiz had been treated in outrageous ways. I really don’t care if you refer to the treatment as "enhanced interrogation" or "torture," the fact remains that beating a handcuffed prisoner and shackling him in a fetal position for more than an entire day is both wrong and illegal by my estimation, period.

When it comes to Guantanamo, I’m still waiting for that Fort Benning sense of triumph. Unfortunately, it doesn’t seem forthcoming. Rather than following our country’s long-standing principles, today we are moved by fear and abide by the very worst policies and practices – indefinite detention, military commissions, secret prisons, and abusive interrogations. While these may be convenient in the short-term, the lingering and detrimental effects on our country will be felt for decades to come.

We in the military do not – and have never – supported harsh interrogations. We understand that we lose more than we gain if barbarity becomes the guiding force behind our military efforts. Ironically, I find that those who support torture and indefinite detentions tend to be amazingly light in military service. Meanwhile, those who oppose these un-American policies and practices are serving side-by-side with me and also fill the ranks of my senior leadership. As senior officers we must do a better job at making our voices heard to the world and, more importantly, the young members we lead.

Lt. Col. Barry Wingard is the U.S. military attorney for Kuwaiti detainee Fayiz Al Kandari, who still awaits his day court more than eight years after he was sold into US custody. The views presented are those of the author and do not necessarily represent the views of the United States Department of Defense or its components. 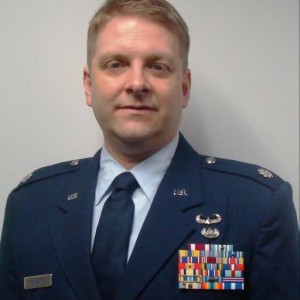 Barry D. Wingard is a Lieutenant Colonel representing Fayiz al-Kandari. He began his career in the Army as an enlisted infantryman and then an infantry officer. Currently he is a Judge Advocate General (JAG) in the Air Force, has served 26 years and is a veteran of both Bosnia and Iraq conflicts.

The views expressed are those of the speaker and do not necessarily represent the views of DoD or or its Components.

The Abandonment of American Principles