Why the Left Needs to Reclaim Virtue

Regarding one of my earlier posts, commenter TalkingStick writes:

Neither side has a coherent ideology nor particular skill in organizing enduring cohesive groups.

We have become a culture of bowling alone.

The first group that comes up with a way to positively engage community will have a winner.

This, conveniently, is related to something I’ve been meaning to write about for a while.

A few months ago, Matthew Yglesias noted that people aren’t used to hearing liberal arguments framed in strongly moral terms. I think part of that is because of liberal discomfort with the way the far right–particularly the evangelical right–has co-opted moral language to make some truly repugnant arguments. The left’s mission in the Culture Wars has mostly been to just push back against positive claims so atavistic they’re practically Medieval.

But now we’re the base for the party that’s actually in power, which means we get to think about crafting good policies instead of just constantly knocking down bad ones. And our traditional nemesis on matters of first principle–that high-minded coalition of Christian fundamentalists and neocons–has diminished in power, only to be replaced by a group that, as I noted in the post TalkingStick was responding to, doesn’t seem to have any first principles at all.

What we’re left with is a political debate in which both sides tacitly agree with–or at least don’t resist–the notion that theories of how to promote moral goodness don’t belong in government. Government exists to sustain a certain standard of living and provide security, nothing more.

There are a few reasons why that’s a problem. Michael Sandel has put forth a convincing argument that notions of the good aren’t so easy to separate from policy preferences, so we should at least have our moral arguments out in the open. But beyond that, I don’t know how a representative democracy stays strong and healthy without promoting democratic virtue in its citizens. Neglect these values and you get movements that, like the Tea Party, embody the politics of self-interest and senseless emoting.

I do have to give some credit to President Obama for his attempts to emphasize civic responsibility. But that’s far from a hot-button issue. Given the reckless nihilism of the opposition–both those waving the picket signs and those threatening filibuster–I think we should make it one. 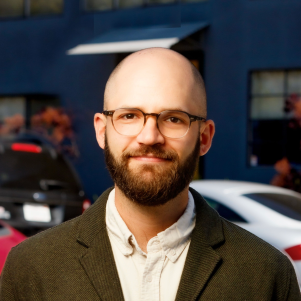 Why the Left Needs to Reclaim Virtue