You can see the videos this review is about at CleanEnergyStories.org

All too often, discussions about so-called green job creation are placed in the future tense — something we predict or hope will happen, but is still considered to be in the realm of the hypothetical. Many people don’t know anyone who has a green job, are unable to imagine what one would look like, or who would be creating them. This keeps the concept of green jobs fuzzy and abstract for too many — not the kind of thing you’d base an economic recovery on. The opponents of clean energy have seized on this, claiming that the whole concept of green jobs is a fantasy that could cost jobs in the established fossil fuel industry that we see all around us.

But for many lucky Americans, green jobs are not wishful thinking — they are a welcome reality RIGHT NOW, giving laid-off workers well-paying jobs so they can keep their homes, revitalize their struggling communities, and do something positive for the entire country by reducing greenhouse gas emissions and decreasing our dependence on foreign oil. NRDC’s new videos, "Clean Energy Jobs For A Strong USA" and "Clean Energy Patriots", introduce you to these green collar workers and let them tell their stories in their own words. At the same time, they lay out a roadmap for how America, with its traditions of innovation and tackling the biggest challenges, can put generations of Americans to work by creating and maintaining a clean, efficient, sustainable energy infrastructure — a project as needed, ambitious and economy-stimulating as the construction of America’s interstate highway system that began over 50 years ago.

"Clean Energy Jobs For A Strong USA" does an excellent job of demystifying the concept of a green collar worker. They aren’t farmers digging in organic compost or scientists in spacesuits — they’re welders, steelworkers, electricians and autoworkers, many of whom saw once-reliable Midwest factory jobs evaporate as the Great Recession ravaged the country. Despite no previous experience in clean tech, these workers found that their skills were easily transferable to clean tech industries. After all, windmills and solar panels are simply generators that need to be manufactured, installed, maintained and connected to the energy grid by skilled workers, and a factory that makes energy-efficient windows is still a window factory.

One thing that’s notable about the workers interviewed in "Clean Energy Jobs For A Strong USA" is their pragmatism and noted lack of idealism. This is not to say that they aren’t optimistic — they want the rest of the nation to have the same kind of second chance that the clean tech industry has brought to their families and communities. But they don’t want that because they are true believers in something unseen — they want it because they’ve experienced it firsthand and live it every day as they work at their clean tech job and return to a home they can now afford to own. One could say that wanting to leave a better planet for your children than the one you were given is idealistic, but if so, it’s an idealism that every person on the planet should have.

At the same time, the executives and spokespeople for the clean tech companies hiring these workers are simply looking at the reality of where the market is heading, where a once-exotic CFL is now simply a lightbulb and "alternative" energy will soon be the norm. Blake Jones, the CEO of Namaste Solar, reveals that he used to work for Halliburton until he understood the consequences of being dependant on oil from unfriendly or unstable nations. Chuck Swoboda, CEO of LED manufacturer CREE Inc., used to work for Ford until he realized that so much energy was being spent protecting the SUV business Ford had that they were failing to make the cars that would drive profits in the future. The two things corporations prize the most are profits and predictability — if you don’t know what the future of your industry holds, it’s risky to try to profit from it. Clean tech companies know that clean energy makes profits, but without clean energy legislation that allows them to be competitive with markets in other countries that enjoy government support, future profits, venture capital, entrepreneurs and the innovation they breed, those profits will be made by companies overseas.

In "Clean Energy Patriots", we learn the multiple ways that clean tech strengthens the nation and its security. To start, service in America’s highly mechanized, technologically advanced military turns out to be excellent training for jobs in the clean tech industry, providing great jobs for returning veterans eager to start working and put down roots. Soldiers building bases in Iraq can build solar farms in Nevada, and a technician who worked on submarine electronics can troubleshoot the electronics of a smart power grid. Many of the men and women in the video served in Iraq, where they experienced the consequences of our dependence on foreign oil firsthand and how American oil dollars fund those fighting against us. By working in clean tech, these former soldiers are able to continue serving their country by making America energy independent — no bullets or overseas deployments required.

"Clean Energy Jobs For A Strong USA" and "Clean Energy Patriots" are videos you should dare elected officials and green job skeptics to watch. Even if you ignore the reality of climate change, the benefits of clean energy to America’s economy and national security are overwhelming, and the honesty and excitement of the videos’ participants hits you in a way that actors or the most polished PR firms couldn’t match. For those who can’t imagine a thriving economy based on clean energy, efficiency and energy independence, these videos provide a glimpse into a safer, more sustainable future for America. Or, more accurately, they let you spend time with the men and women who are already living there and want the rest of the nation to join them. 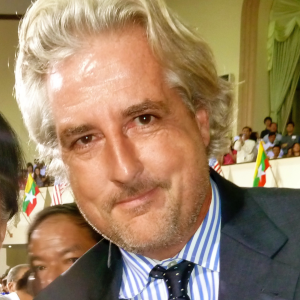