It’s being reported, though the whip count has yet to confirm it, that we are about to witness history; The President of CHANGE is about to railroad us into mandatory participation in the corrupt heath insurance industry for the first time ever. Pelosi is beside herself, just like she was when she rushed as fast as she could to sign the morally bankrupt TARP Bill. Her service to the financial industry continues as she yet again proves her worth to their Green Zone crusade. Had Bush or McCain gone so far to embolden the interests of the embedded lobbyists from K Street at such an expense to the everyday working Americans, the people would be up in arms.

But to pretend that this bill represents the “Twilight of the Interest Groups,” that special interests have been “neutralized,” that this bill is some sort of great victory over the health insurance and drug lobbies, is just hagiography and propaganda. Being able to force the Government to bribe and accommodate you is not a reflection of your powerlessness; quite the opposite. Greenwald

But the CHANGE President gets a “progressive” pass as the nation slips ever deeper into inverted totalitarianism. Class based mandatory healthcare, a staple of Hillary Clinton’s primary campaign in 2008, is about to become reality just two years after Obama campaigned against it and just over a year since his Clintonista polluted administration took office.

I guess the First Lady had it right when she refered to Hillary as “President Clinton”.

And from Dennis K, silence. An eerie, dreadful pathetic silence.

This past Friday, the President of CHANGE took time out of his busy schedule of arm twisting and brow beating progressives and liberals, to take yet another page from the George W. Bush handbook. As if keeping Bernanke and Gates wasn’t bad enough, President Obama recorded a video message for the people of Iran that sounded terrifyingly similar to one President Bush 41 made in the run-up to the first Iraq War.

“War”? That’s a joke, huh? Saddam was a paper-tiger, weakened after a decade of peasant killing sanctions.

When “war” came to Iraq, it was called “Shock and Awe” and it came in the form of thousands of bombs dropped on civilian infrastructure with the stated intention of shocking the general population into submission. When that happened in London at the hands of the German Luftwaffe, designed for the exact same effect, we had a different name for it; Terror Bombing. When Hitler did, we cringed at the horror and cowardice of it all. When Bush did the same thing to the people of Iraq, the media rejoiced and called him “hero” and Chris Mathews drooled and slobbered over his new man-crush.

Team Obama had premade signs "Thanking Him" for this wonderful bill. The glorious leader is ever so thoughtful
Well, the President of CHANGE is about to get his own “hero” moment. Like Bush before him, President Obama sent out his message of submission to the people of Iran. The people of the democracy of Iran who, like the people of Gaza and the people of Honduras, just happened to have voted “the wrong way”, have been warned and promised by the President of “CHANGE”.

It’s sickening when you think about it; beyond sickening.

“The United States believes in the dignity of every human being and an international order that bends the arc of history in the direction of justice – a future where Iranians can exercise their rights, to participate fully in the global economy and enrich the world through educational and cultural exchanges beyond Iran’s borders,” President Obama said in the video, which had Farsi subtitles. CBS News

“bends the arc of history in the direction of justice“? Obama doesn’t know the meaning of the word “justice”. His administration delivered no justice. They are determined to keep anyone from being investigated, they are determined to ensure the CIA and other “intelligence” agencies are never hamstrung by congressional oversight. War crimes cry out for justice under Obama’s watch, to no avail. Wars launched for lies, torture, rendition, murder, vote tampering, banking fraud, embezzlement, acts of terrorism conducted by agents working within our own system… everything that constructed the fraudulent “War on terror” that served as the original pre-cursor for the Great Global Free Market Wars… everything got a pass from Barack Obama as he signed one corporatist bailout after the other, as he took his sophomoric traveling “watch me roll up my sleeves” tour from one state to the other.

I suppose President Obama thinks we have forgotten that his administration thinks it’s “just” to kill hundreds of innocent civilians in Pakistan with drones or to pay for-profit death-squads in Afghanistan and Iraq.

“The dignity of every human being”? What “dignity” will this fraud of a healthcare bill bring? What “dignity” is served by the Obama administration’s War on Public Education? A town in Rhode Island fires half its teachers and closed most of its schools and Obama stepped up in the Chamber of Commerce and praised the “business class” reasoning behind it. Kids die walking to and from schools in Chicago because their regular schools had to close to make room for for-profit public/private institutions, and Obama says nothing.

Millions of people are kicked out of their homes because of fraudulent lending practices perpetrated by greedy financial institutions and President Obama refuses to hold their CEOs and Presidents accountable, instead calling them “savy businessmen”.

This is the dignity of every human being that Obama promises the people of Iran?

Chris Hedges is wrong on this one count; Barack Obama is not a “product”. COKE doesn’t lie to your face. Coke puts its poisonous contents right on its can. They kill a few union leaders in Columbia, but Obama pledges to clean that up but then goes right ahead with a trade deal when the cameras have been shut off.

Barack Obama is a liar and a fraud who makes me ashamed to say I was ever a democrat. Hedges should call him what he is, a lying corporate whore of a man; the boy who would be king who was choosen and groomed to play the roll history will reveal as a turncoat and sellout of world class status. Aside from 9/11, Barack Obama is the biggest single lie ever perpetrated on America.

His Orwellian double-speak is more offensive than George W. Bush’s because at least with Bush, you could see behind his lies; you could see that little smirk on his face. It was almost as if he always told himself that you were in on the joke with him. It’s almost as if he hated saying the crap more than you hated hearing it. His attitude was always one of, “ok. Let’s just get through this bullshit and get a drink”.

Obama is nothing like that. His lies come from a darker more cynical place. He fully expects you to believe his lies. He actually thinks he is fooling a nation, that somehow he still has that “HOPE/CHANGE” power over us. That makes him scarier than Bush. God only knows what he is capable of justifying with a delusion like that.

But he did say one thing that was true… “a future where Iranians can exercise their rights, to participate fully in the global economy and enrich the world through educational and cultural exchanges beyond Iran’s borders“

Yes, this is all about the Global Free Market Wars, and no other recent president has ever been so candid about it.

The Iranians will enrich the world, or at least a few well placed global corporations and banks that intend to rule it. The cultural exchanges will be something akin to the looting of the national treasures of Iraq that followed Paul Bremmer’s takeover of that nation. As the nationalized banks were privatized and the oil fields were being divided up, the history of a once proud nation was plundered to adorn the great halls and libraries of the mansions of the business leaders of the world.

Iran is about to be assimilated into the new global order.

Obama is about to bring them under our unique brand of “justice” and respect for “human dignity”.

We will export to the people of Iran not only free market zone starvation wage work but also help them to see the wisdom of chopping up their liquid natural gas resources and selling them to BP, Exxon, and Mobil. Under Obama, we will bring to the people’s of Iran our own efficient system of healthcare along with all the insurance industries that come along with it and the banks and the hedge funds and the MARKETS. We will privatize everything that has any value on the great altar of public/private profits. And there will never be another “bad” election because the “right” candidate will always win. Businesses will be undermined, sold, chopped up, liquidated, and consumed by the Great Global Market.

Everything and everyone will come in line.

It will start as it did in Iraq; as it did in Afghanistan. It will start with Shock and Awe. What was once called terror bombing will be hailed as a just and swift victory for the “Greatest Man of Our Generation”, the president of change.

The victims will be “collateral damage”, those who resist the ensuing occupation will be “unprivileged enemy belligerents”, and Obama will continue making his folksy stump speeches where he takes off his jacket and rolls up his sleeves to show just how down to earth and connected with the working man he really is.

I long for the days of G.W. Bush again. An odd thing to say for someone who wished for his impeachment.

Back then, a person of conscience knew what a lie was, knew how to protest, knew what the enemy was really all about. These days, as yet another anniversary crawls past us, sad unorganized protests take place with scant turnout and politically motivated arrests are staged to buy the protest’s professional ”stars” street credit good for another year of donations and MSM interviews.

Since Obama’s “selection” as our candidate of “choice” the resistance movement has withered and died on the vine as the Global Free Market Wars wage on.

As an American I wish to tell the people of Iran how truly sorry I am for what our Peace Prize winning president is about to do in the name of the global free markets. A word of advice: enjoy your healthcare while you can. You are about to be introduced to Obama’s “justice” and “respect for human dignity” and all I can say is… I’m sorry, but I didn’t vote for the prick. 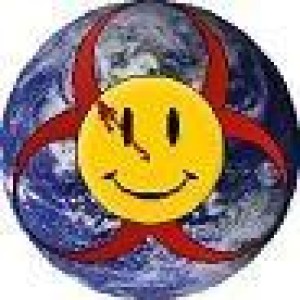