The Age of Hypocrisy

One of the most common words in political discourse is "hypocrisy." I enjoy pointing out those politicians who are blatantly hypocritical in the course of doing their job. I keep hoping that if these hypocrites are exposed enough times, that maybe, just maybe, voters will finally take note and oust them.

I realize that the more power a pol has, the more blatant the hypocrisy can be. They are so entrenched in their home districts/states, that it seems they are invulnerable to retribution from their constituency.

Today’s example comes from Senators John McCain (R-AR) and Joe Lieberman (I-CT), who self-righteously have condemned Iran for human rights abuse. They have introduced a bill that would sanction the abusers. However, the bill would not, of course, pertain to "those in America who abused human rights through torture or rendition," as Mr. Dayen puts it. Of course not.

On February 9, Rachel Maddow had an excellent segment on the subject of hypocrisy. She reamed 21 politicians over their initial condemnation of the stimulus bill and the subsequent turnaround of utilizing their portion of the stimulus money for political gain. They are, of course, relying on the short term memory of their constituents. One example Ms. Maddow illustrates is,

Republican Joe Wilson of South Carolina, remember him? The “you lie” guy? He trashed the stimulus, voted no, then praised its effect in his home district by saying it would provide jobs and investment in one of the poorer sections of that district.

The bottom line is these politicians are not going to work for policy that’s good for the country and its citizens. Rather, as Ms. Maddow puts it,

You‘re not going to earn Republican votes for a second stimulus, for example, by pointing out it‘s good policy that creates jobs.

We know they already know that.

They concede that in their home districts and they are still not voting for it. And they are unembarrassed about this fact. They are not embarrassed. Charging them with hypocrisy, appealing to their better, more practical, more what‘s-best-for-the-country patriotic angels is like trying to teach your dog to drive.

It wastes a lot of time. It won‘t work.

To help the voters see the hypocrisy running rampart in Washington more clearly, Keith Olbermann has created a "Hypocrisy Hall of Shame" where his viewers can vote for three candidates each week for hypocritical behavior. His first three were Rep. Eric Cantor(R-VA), Sen. Kit Bond (R-Mo), and the above mentioned Joe Wilson. Last week, the most hypocritical as voted by the viewers was Eric Cantor by a huge 67% of the votes.

While I realize that we’re a long way from major elections, I surely hope that enough of those fed up will maintain their anger all the way to the polls. Then we can get to the matter of accountability to those who have abused our rights and well-being.

It's Amazing What A Positive-Sum Approach Will Yield, Counterterrorism-Wise 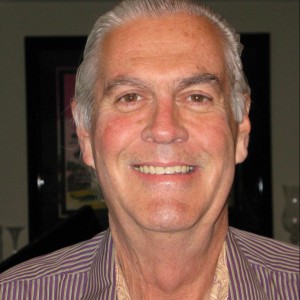 The Age of Hypocrisy