Just How Dumb Are Americans, Anyway? The Fairness Doctrine Revisited. In the early days of radio, the Federal Communications Commission (FCC) was charged with protecting the public airwaves. It viewed AM radio station licensees as "public trustees." The public could trust them to air the truth to the American people, and not attempt to subvert or destroy American knowledge through propaganda and lies.

At the same time, one of the most important tenants of political freedom in the US is free speech. The FCC had to come up with a plan that would not interfere with free speech and at the same time ensure that the American public was informed about all aspects of civic reality. The FCC’s solution was to make certain that the public was exposed to contrasting points of view about controversial subjects aired on radio. Therefore, radio station licensees had the obligation to give listeners a reasonable opportunity for discussion of contrasting points of view on issues of public importance. This mechanism was called the Fairness Doctrine.

In those early years there were a large numbers of applications for radio stations that wished to stake a claim on the public airwaves. There were, however, only a limited number of frequencies available. The Fairness Doctrine was designed to protect the public from monied holders of licenses who might misuse the power of broadcast media to advocate a singular point of view for personal political gain against the best interest of the general public.

The FCC therefore mandated that all perspectives must be allowed to be heard on the limited frequencies of AM radio, and not just the perspective of the Plutocrats.

The act is rooted in the media world of 1949, when lawmakers became concerned that by virtue of their near-stranglehold on nationwide TV broadcasting, the three main television networks — NBC, ABC and CBS — could misuse their broadcast licenses to set a biased public agenda. The Fairness Doctrine, which mandated that broadcast networks devote time to contrasting views on issues of public importance, was meant to level the playing field. Congress backed the policy in 1954, and by the 1970s the FCC called the doctrine the "single most important requirement of operation in the public interest — the sine qua non for grant of a renewal of license."

The Fairness Doctrine ran parallel to Section 315 of the Communications Act of 1937, which required radio stations to offer "equal opportunity" to all legally qualified political candidates for any office if anyone with a opposing view had been allowed to express their views. In the 1940s, the FCC also established the "Mayflower Doctrine" which prohibited editorializing by radio stations. This evolved into a practice of allowing editorializing only if other points of view were aired, balancing that of the station and affording the public an intelligent understanding of their options in the choices they would make when they voted.

Thus, the public was given the necessary tools to enable critical thinking about how political issues would affect their own interests. By 1971, this practice had extended to the local communities in which the AM stations broadcast. Local stations made an effort to systematically inform the public about issues of concern to the community, and this outreach was reported during license renewals.

In the spring of 1987, both houses of Congress voted to put the fairness doctrine into law. It would become a statutory fairness doctrine that the FCC would be required to enforce. President Ronald Reagan vetoed the legislation and Congress was unable to overturn the veto.

Since then, the radio stations have been allowed to form monopolies and promote specific political agendas to increase their power in government affairs. The civic intelligence of the public — and the ability to think critically about the issues facing the nation — have degraded into nonsense. The public is now largely unable to ascertain the long, medium, or short-term consequences of any given legislative action; nor does the public at large have knowledge of the actual facts surrounding those issues. This is a profound change from the America that existed prior to 1980.

Today, there is no requirement that the public airwaves present a balanced presentation of controversial issues affecting America’s future and the lives of individual Americans.

Today, key members of Congress are concerned about the deliberate "dumbing down" of Americans by the large corporations and they threaten to enact a new law. But the sad irony is that the public’s opinion on the matter relies on the judgment of broadcast journalists and its own ability to sort out one-sided or distorted coverage of the issue. In this matter, the public believes whatever "hate radio" tells them to believe, which is that they will lose their freedom if both sides of an issue are required to be aired.

And that, Ladies and Gentlemen, is the root cause of the cultural decline and economic fall of America. 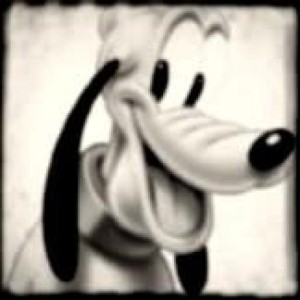 Pluto writes on topics most often related to economics and geopolitics. Pluto publlishes at The Pluto Chronicles.

Just How Dumb Are Americans, Anyway? The Fairness Doctrine Revisited.