Disabled From the Neck Up

Megan McArdle is concern-trolling about the unfunded mandate that might be behind requiring parity in insurance for mental illnesses:

"Apparently, the administration has issued rules requiring parity for mental health treatment with other illnesses. They’ll take effect July 1st. If you want to know why health insurance costs keep marching upward seemingly uncontrolled, this is why: mandating new benefits is always popular, and the government doesn’t have to pay for them."

That’s right. It’s tough out there for an insurance company, what with all those record profits and sky-high CEO salaries. No, the government doesn’t pay for those new mandates, Megan; those who pay the premiums do. But lest you think she’s a heartless Randian sociopath, she assures you she has feelings:

"I am very sympathetic to the plight of the mentally ill. Unfortunately, most of the people who will tap the benefits are not severely ill people who need intensive care; they’re people who are unhappy. Unhappiness is not a condition for which psychotherapy, or antidepressants, have been shown to be very effective. "

Granted, it was a very small, brief, and token assurance, though she did try. It’s just that her Predict-O-Vision eyeballed all those undeserving benefit-tappers, and her Objectivism got the best of her. So here she is trying to refine her empathy:

"Update: Let me point out something which I thought was obvious–the private insurance market is not where you necessarily get insurance if you are severely mentally ill. Really severe mental illness, particularly schizophrenia, interferes with "normal life activities" like working or dating, and onset is typically in young adulthood. The more likely you are to have the social or financial resources with which to obtain private insurance, the less likely you are to have the kind of severe mental illness we’re worrying about."

Let me just parse out this blockheaded, misinformed logic: what she is really saying is that mental illness can only be considered genuine if it is totally disabling, and if that’s the case, why, you’d be one of those "lucky duckies" entitled to some other free lunch—say, SSI, or Social Security Disability, or, Medicaid—and you wouldn’t really need private insurance, because the rich and employed don’t get schizophrenia.

This is like saying that the only people who have real illnesses are those with physically disabling conditions, and they wouldn’t really need private insurance because the safety net would take care of them, too. And what the hell does one’s economic status have to do with whether one is likely to have severe mental problems? She is assuming here that mental illness divests one of all social networks and sources of income. Christ, Megan. If that’s your idea of being "very sympathetic", I’m sure the local animal shelter can use your talents in the euthanasia room. This is the "unfunded mandate" that’s got her knickers in a twist:

"About 140 million Americans in more than 450,000 employer plans will benefit from improved coverage, according to the administration.

Included among the rules that will take effect July 1 are:

? Health plans for employers with more than 50 workers cannot charge a higher co-pay or deductible for treatment for mental health or substance abuse than for a visit to the doctor or medical specialist. There also is no separate deductible.

? The plans cannot set restrictions on the number of visits or hospital days for mental-health and substance-abuse problems that are different than those for medical problems.

? The plans must offer out-of-network benefits for mental-health and substance-abuse treatments as they do medical and surgical treatments.

Yep, that’s scary all right, but not nearly as scary as what passes for humanity in the pages of The Atlantic these days. 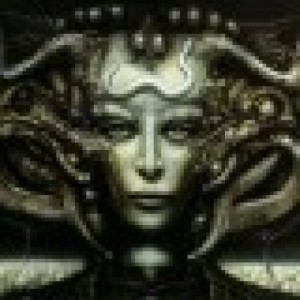 Disabled From the Neck Up