A study to be released next month is offering a rare glimpse inside gay relationships and reveals that monogamy is not a central feature for many. Some gay men and lesbians argue that, as a result, they have stronger, longer-lasting and more honest relationships. And while that may sound counterintuitive, some experts say boundary-challenging gay relationships represent an evolution in marriage — one that might point the way for the survival of the institution.

New research at San Francisco State University reveals just how common open relationships are among gay men and lesbians in the Bay Area. The Gay Couples Study has followed 556 male couples for three years — about 50 percent of those surveyed have sex outside their relationships, with the knowledge and approval of their partners.

Some key words/phrases here may be “male” and “Bay Area.” But hey, NYT, don't let the fact that the dataset was drawn from male couples keep you from glossing the sample as “gay men and lesbians,” and really, don't let “Bay Area” keep you from leading with the straight-from-Focus-on-the-Family-playbook assertion that monogamy just isn't in the cards for many gay couples across the board. And please don't go in depth about the percentage of hetero marriages that feature cheating by one spouse or the other, but do showcase one straight open-married couple as an illustration of how gay marriage may serve to spearhead a total revamping of all marriage with the innovation of everyone screwing other people–within the rules, of course.

“The combination of freedom and mutual understanding can foster a unique level of trust,” Mr. Quirk, of Oakland, said.

“The traditional American marriage is in crisis, and we need insight,” he said, citing the fresh perspective gay couples bring to matrimony. “If innovation in marriage is going to occur, it will be spearheaded by homosexual marriages.”

Open relationships are not exclusively a gay domain, of course. Deb and Marius are heterosexual, live in the East Bay and have an open marriage. She belongs to the Church of Jesus Christ of Latter-day Saints and maintained her virginity until her wedding day at 34. But a few years later, when the relationship sputtered, both she and her husband, who does not belong to the church, began liaisons with others.

Seriously? This is yet another example of why science–even lowly social science–shouldn't be reported by newspapers. Because Prop 8 types will blow right through the details of the study sample and the inclusion of anecdotes from a completely different population than that dealt with in the study and say see, just like we always told you: homos can't keep it in their pants, lesbians either probably, not that we're keeping score, and they're going to change marriage to mean we all have to let our wives bang somebody else. Phenomenal stuff, that, with impeccable timing as Perry v. Schwarzenegger heads into closing arguments.

Cross-posted with slightly more Anglo-Saxon language at Boltgirl on the Loose. 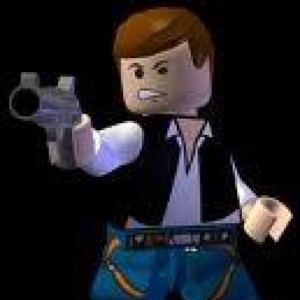