(tagged: sexual bigotry, snark, anti-war, imperialism, christinazi fucktards at my blog, since many of you don’t know me that well… this is enraged sarcasm here!)

It has come to my attention repeatedly lately that the biggest threat to America is all the people trying to join our Military Forces and die for the New Crusades while having gender or orientation. They come as dirty sexual beings and ask to serve? How dare they!

This is beyond verboten, it is Mortal Sin!

One cannot serve the Lord and Holy Wars while being gay, let alone transgendered, or for that matter even female with a chance of reproduction. And pregnancy? Do these sluts not know what they did to become that way? A truly moral married woman will gladly give her Children to a State Institution for rearing to serve, anything less is Court Martial! Sex outside of a Man and Woman blessed by the Ordained is sinful, anyway, yet the Law prohibits family members from serving together. Our Military has been co-opted by the Satan of Lust. We must save our brave young children so they may fight with the Lord!

What is a Good Christian Nation to do against all these Unholy Masses of Antichrists swarming through the World, refusing to accept the Lord Jesus as their personal Saviour, and refusing to allow the Righteous Moral Leaders of our Land to use their Oil and Assets to further the spread of the Word of God? I mean, we would totally accept them as Servants of Christ, despite their very obvious non-whiteness, if they would only see that the only way to Salvation is to serve us, thus serving the Lord thy God. We are His Chosen.

I have the Answer: Eunuchs.  Think about it, Eunuchs have a long and Holy history! It’s time restore them to their proper place!

Of course, the one depicted is still dressed too fancy, and should be bald, but you get the idea. Think of the smooth little baby doll angels of the 50’s. No nasty secondary sex characteristics on those, back when People knew the Lord’s will. I mean, if he wanted us to like sex, he would have made us Sexual. He didn’t, you know. Satan did. (Just like Satan planted those pesky fossil thingies!)

The benefits of an entirely Asexual Army are vast.

Think of how more effective the Catholic Priesthood would be if those Satanic urges were clinically purged from the Loins of God’s servants.

If one truly wishes to serve, they will gladly undergo the knife and have any/all vestiges of their sexuality removed. This is not the same as those who think they are reassigning their bodies to match their souls; I am talking complete erasure. God knows, God made us all exactly alike. Its Satan that made us all different and varied. Look at nature, it was meant to be uniform and the Antichrist tried to confuse us by making even animals gay. If its part of Nature, it must be unnatural, right?

No, Im talking sexless, here folks! Castration and penis removal. Complete hysterectomies and sewn up vaginas. The removal of breasts and even nipples from all chests. Total body hair removal from the crown of the head to the toes. We need smooth sexless, distraction-less warriors!

Just think! We would no longer have to worry about sin in the forces, nor abandonment of duty to things like “having a family” or “going home to start a life!”

Think how much easier it would be to gain control over the misguided False-religious zealots if they saw our representatives not as Western Sinners fornicating and lusting, but as chaste God-fearing single minded armies of The Lord!!! They would line up to join us!

It may sound cost prohibitive, but think about it. No reconstructive surgery, for there would be no reason for vanity. No hormonal replacements, short the occasional chemical additive to the foods to kill the vestigial brain chemicals trying to poison the Pure broth of our Soldier’s minds. No separate facilities, no ask, there’s nothing to tell, family leave, no support for spouses or dependents, no rapes or costly cover ups, no need for R&R in Dens of Iniquity in third world Ports.

It would also help to Crush the Economies of those Places we need to subjugate unto the Lord. No sex trade, no bars, no places for our Troops to relieve urges they no longer have. No buying clothes, makeup, hair products, colognes, dirty music. Eunuchs would not need to be paid as much and could be encouraged to donate any excess income to their Leaders to Help Spread the Word.

Lop it off for the Lord!

Sew it up against Satan!

If you really want to Kill for the Christ, you know you won’t mind!

I cannot think of a REAL Christian who would oppose this idea, can you? 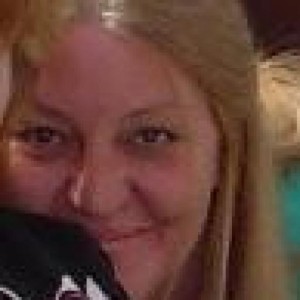