This is no longer about Democrats and Republicans.

It’s about capitalism and corporate power. It is now perfectly clear that BOTH parties, all three branches of government, and the fourth estate are controlled by corporate power.

Corporate power versus ordinary people. For my generation it began with the Kennedy and King assassinations and the Vietnam War. We gained some ground for a few years in the 1970’s with the impeachment of Nixon, but Carter failed in spite of his good intentions and it went viral in the 1980’s with the election of Ronald Reagan. Since then our entire culture has been hollowed out by it. We now have two generations that have been educated under the Reagan/Bush/Clinton/Bush corporatist educational philosophy. Civics, Good Government, and the history of the Labor Movement has slowly but surely disappeared from school curricula. Reading by phonics went away suddenly in the mid eighties and was replaced by Whole Language, a dismal failure, that left a decade of classes of 1980’s and 1990’s school children behind the curve on reading and writing. And with G.W. Bush, “No Child Left Behind” put the failure of our educational system on steroids. I’m a baby-boomer. I was in the high school class of ‘69 (the best class;). We were taught that Government is good. Our kids, and their kids, have been taught that Government is bad. We learned about the Red Scares, the Palmer Raids, the Army/McCarthy Hearings, and the Haymarket Riot. We learned who Joe Hill, and Paul Robeson, and Thurgood Marshall were. Our kids and grandkids have not been taught about those things in school. Thirty years have gone by. The me-first, sink-or-swim, liberalism-is-bad, Government-is-bad, greed-is-good thinking has now been instilled in a majority of our population. It’s assumed to be the norm by two generations who don’t remember the world without computers, internet, and cable TeeVee.

Our manufacturing sectors no longer exist. We’ve gone from the largest importer of raw material and the largest exporter of finished goods in the 1950’s, 60’s and 70’s, to the largest exporter of raw materials and the largest importer of finished goods today. The American middle class experienced 40 years of growth after World War Two. Since the mid 1980’s, wages have declined in spite of the vastly increased productivity of the workforce brought about by the digital revolution, and the stability of the middle class is gone. Seventy-five years of labor protections brought to us by the blood, sweat, and tears of generations of union organizers and labor activists have been broken. Our bread-and-butter jobs are gone and won’t be coming back if the corporatists have anything to say about it.

Why do corporatists worship the memory of Ronald Reagan? Among other things it’s because Reagan and his followers revolutionized the way politicians communicate with voters. Cable TeeVee became widespead and began to replace broadcast. The Fairness Doctrine, which required broadcasters to broadcast content in the public interest was abolished. Electronic media, which was then nascent, was conglomerated and brought under tight corporate control. The News Divisions of the large broadcast networks were taken out from behind the firewall of the Fairness Doctrine and put under the umbrella of the Entertainment Divisions. Roone Arledge, a sports broadcast producer, took control of ABC News. When “Cable News” became popular in the late 1980’s all bets were off. The news was officially canceled and has for the past 15 years been replaced by “info-tainment”, which was once called “bread-and-circuses”. The motion picture “Network”, produced in 1979, was eerily prescient. Our entire population has been dumbed down to the point where they will now seem to swallow any crap that comes out of their corporate TeeVee, including the myth of Barack Obama, who has shown himself to be just another player in the corporate game.

Nothing will change unless there is honest campaign finance reform and corporate money is taken out of politics. But the Supreme Court has ruled that corporations are persons and that for corporations, money equals speech. Corporations have been deemed to be persons and granted protections under the First Amendment, but somehow they can still buy and sell other corporations. I don’t get that. Where I come from they call that slavery. But overturning corporate personhood will require a constitutional amendment and/or the overturn of at least two Supreme Court decisions, and I don’t see it happening anytime soon. Our entire government is now under tight corporate control. And don’t get me started on the environment, the climate, the wars, the torture, the militarized police, and all that other stuff.

Capitalism is a great system when proper tax and trade policies are enacted and the marketplace is properly regulated. We know this from our history. Karl Marx may have been wrong about the scalability of Communism, but he was dead right when he described Capitalism as an unsustainable system when left unchecked. If left on it’s own it will grow like a cancer. We are now in the cancer stage of Capitalism. Our economic and political systems are strangled by it and it is killing itself. It is eating itself from the inside and it will eventually collapse if Government does not take control and make it work.

Hopefully our species will survive to see that happen.

Update: I wrote this last week and posted it on DKos over the weekend. It got 58 comments, but I don’t think many people saw it there in the rush of diaries that day. Considering what has happend in Left Blogostan over the past week, I thought it would be appropriate to post it again over here. 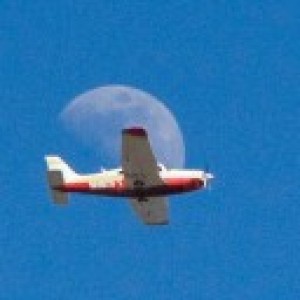 This is no longer about Democrats and Republicans.