Coming Out – a Christmas Story

BillWare
0 0
Coming Out – a Christmas Story BillWare 2009-12-20
I enjoy visiting my children and grandchildren as much as I can, especially at Christmas. I headed down to stay at my daughter Cathy's home north of Atlanta for holiday celebrations two years ago. She lives with her daughter who was 13 a the time. She's a minor, so I'll call her Kay. Her son lives primarily with his father, Cathy's ex-husband. He stopped by for a visit on the 24th, but he was spending Christmas day with his father.
Cathy hosted Christmas dinner the next day, which WAs planned for 4:00 in the afternoon. My son, his wife and two children arrived from south of Atlanta, a 1 1/4 hour drive even though they both shared the same area code. .My ex-wife arrived with Cathy's ex's mother. Turns out the two of them had been friends long before their children started dating and still are. Two of Cathy's female friends came as well. I'll call them Dee and Jay. They go to the same Lutheran church as my daughter. We had run into them at the Christmas Eve service the night before.
I had met them both years ago on prior visits. They were like part of the family, even coming to Thanksgiving and Christmas dinners when they were held at my son's house. It was nice that Cathy, who was newly single back then, had met two single female friends her age to hang out with. It didn't take long or eight years studying clinical psychology in graduate school to notice that they were more than just friends. The body language, the way they interacted with each other, the care they showed for each other that had those emotional overtones you don't find in friends or two aunts who live together either.
I had barely started grammar school when my grandmother had a chat with me about being polite. I took it to heart. I was too polite, then, to ask them about it or ask my daughter when we were alone later. I figured they would tell me should they want to in their own good time, otherwise, I would mind my own business. My grandmother talked to me about that too.
We had a great meal and enjoyed good company till mid-evening, then my ex and her friend had to leave. Soon after my son and his family left too, what with the long drive home and the need to get the two youngsters to bed after a busy day.
After a few minutes, Kay suggested playing a board game and with general agreement she headed to the closet under the stairs and soon came back with her choice, “CAREERS.” She set it down in the middle of the floor. Her mom and Dee and I  joined her around the board.
I got to go first. This meant picking a car. These were of different colors so we could keep track of each others positions around the path toward the finish. Each car had a place for four pegs. I chose the blue car and inserted a blue peg to represent me as driver. Dee picked a yellow car and added a pink peg behind the wheel. The other two followed suit.
Next we had to decide whether of not to get married. I did, so I picked a pink peg to sit in the passenger seat beside me. Dee decided to marry too. Her fingers seemed to dally in the box of pegs a little longer than one might expect. When she withdrew her hand, there between her first finger and thumb was a pink peg which she deftly inserted into the passenger spot beside hers.
I was my usual nonchalant self, but I glanced up to see my daughter's reaction. She was gathering the dice for her turn. My granddaughter was equally unconcerned. Dee didn't glance at me to gage my reaction any more than the other two had. No one ever said anything, but everyone seemed to know, a complete non-event.
The dice made their way round and round. The cats progressed down life's path. Three cars with blue and pink pegs in the front, and Dee's with two pegs that were pink. The game finally ended and somehow I'd won. One game was enough for that night. A little later our two friends left. The three of us made the obligatory raid on the leftovers, each having pie a la mode. Then it was off to bed. It had been a long day for everyone.
Nothing was mentioned the rest of the time I was there and soon I was on my way home 3 1/2 hours away. I've been thinking about coming out stories I've read here and on other blogs. The good, the bad and the ugly, so to speak. Yet wouldn't this be a charming and delightful way of letting a new friend know you were gay, by putting the same colored peg as yours in the passenger seat beside you in a game of Careers? If only it could be so simple.
Christmas time is here again and I have to count my blessings. I bless my grandmother for all that she taught me, not based on her eighth grade education but rather on her common sense. I'm blessed with a daughter who enjoys spending family time with her lesbian friends. I'm blessed with a granddaughter who thinks that two women marrying isn't worth batting an eye. I'm blessed by a church whose congregation believes that this couple and others like them are equal partners in faith.
Especially, I'm bless by all those who participate here at Pam's House Blend. May God bless you one and all. Never give up your belief that we can work together and make the world a better place for us all.
Joyous Christmas and a Rewarding New Year
Or Happy Holidays if you prefer
Bill Ware 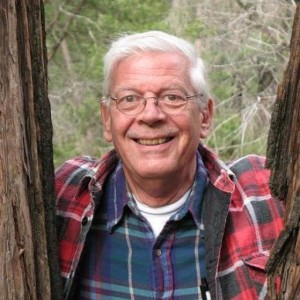 Coming Out – a Christmas Story