On Thursday, December 17 2009 when President Barack Obama’s most important policy agenda of his administration seemed to be in jeopardy, Health Care Reform passing in the Senate, the U.S helped execute an attack on an “alleged” Al-Qaida camp in Yemen that reportedly caused the death of civilians, women, and children.

Wag the Dog: To ‘wag the dog’ means to purposely divert attention from what would otherwise be of greater importance, to something else of lesser significance. By doing so, the lesser-significant event is catapulted into the limelight, drowning proper attention to what was originally the more important issue.

To divert attention away from the tension caused at that time by the Monica Lewinsky affair, Bill Clinton allegedly carried out the same “Wag the Dog” tactic in 1998 when he ordered the attack of a Sudanese Asprin Factory that was reported by his administration to be manufacturing “Chemical Weapons.”

The factory was destroyed in 1998 by a missile attack launched by the United States government, killing one employee and wounding eleven. Critics of the attack have estimated that up to tens of thousands of Sudanese civilians died throughout Sudan as the supply of necessary drugs was cut off.

On August 20, 1998, the factory was destroyed in cruise missile strikes launched by the United States …. on the grounds that the al-Shifa plant was involved with processing the deadly nerve agent VX, and had ties with the Islamist al-Qaeda.

In retrospect most have concluded that the Al-Shifa plant was nothing but a Pill Factory. Hence Bill Clinton was alleged to have committed a ‘Wag the Dog” attack on the heels of his Grand Jury testimony in the Monica Lewisnsky affair possibly similar to the attack carried out by President Obama on December, 17 2009 in the wake of the potential health care debacle.

Read this piece in Slate that shows after investigation little evidence was shown to justify the Clinton attack on the Sudanese Pill factory.

But of course, all of this could just be coincidence…..

US Nobel Peace Prize laureate President Barack Obama has signed the order for a recent military strike on Yemen in which scores of civilians, including children, have been killed, a report says.

Upon the orders of Obama, the military warplanes on Thursday blanketed two camps in the North of the Yemeni capital, Sana’a, claiming there were “an imminent attack against a US asset was being planned,” ABC News quoted anonymous administration officials as saying on Friday.

The US air raids were then followed by a Yemeni ground forces attack.

The operation led to the death of around 120 people of whom many were civilians, including children, the report quoted Yemeni opposition as saying.

Obama also contacted Yemen’s President, Ali Abdullah Saleh, after the blitz in order to “congratulate” him on his efforts against ‘al-Qaeda,’ the US news outlet quoted White House officials as telling reporters earlier. 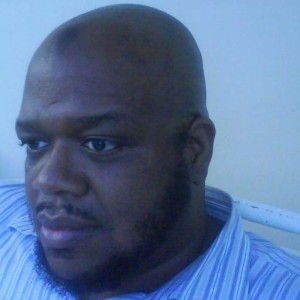 A lawyer turned Blogger and happy independent. Always questioning the value of the two party system. Blog about politics, race, and global affairs.