On paper at least, Sen. Blanche Lincoln of Arkansas is a Democrat. As we’ve seen recently, though – particularly on health care reform and the public option – she sometimes has a very funny way of showing it. Apparently, there are Democrats in Arkansas who are feeling this way as well. One of them has even founded a “draft” movement – or at least a Facebook group – to encourage Arkansas Lt. Governor Bill Halter to primary Sen. Lincoln. How realistic is such a challenge? Well, Daily Kos came out with a new poll yesterday, and the results were encouraging.

Rumors abound that Lt. Gov. Bill Halter is considering a primary challenge against obnoxious Arkansas Democratic Sen. Blanche Lincoln. Lincoln’s approval ratings among Democrats are 62 favorable, 32 unfavorable. For Halter, they are 55-11, a far better spread. And while a third of Democrats don’t know enough about Halter to have an opinion, Lincoln has almost universal name ID (94%).

But even better for Halter are the favorability numbers among independents — 37-55 for Lincoln, 32-24 for Halter (with 44% having no opinion).

Senator Lincoln needs a strong Democrat challenge the primary, else she will pander to the right for the next year. Now, she is obviously is doing all she can to shift her positions avoid any criticism from a future Republican candidate. That shift has done tremendous damage to the Presidents agenda. There is much to do in the next 12 months, and it is a shame that we have to waste energy lobbying Sen. Lincoln to get on board with the parties platform. Why should I, a Democrat, have to call my Senator, a Democratic that I helped elect, to convince her vote for our Democratic President’s Health plan?

The point is that if Halter, or another strong Democrat is a threat in the Spring Primary, Senator Lincoln will have to shift her position’s back to align with her Democratic constituency.

Come to think of it, that’s actually a good argument for primaries by progressives against conserv-a-dems in general. But for now, Blanche “No Public Plan For You” Lincoln is on the radar screen due to her holding health care hostage and her opposition to “government run health care” in general. At the minimum, the threat of a primary from her left might keep Lincoln honest. As far as I’m concerned, even if that’s “all” it accomplishes, the Draft Bill Halter movement will have been well worth the effort. 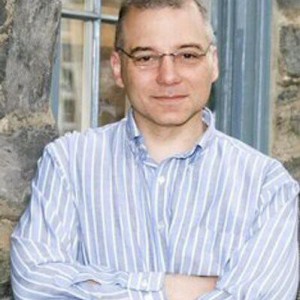 Was heavily involved in the Draft Wesley Clark movement. Started the Virginia community blog Raising Kaine in January 2005. Co-founded the Draft James Webb movement in January 2006. Currently consulting to several candidates and promoting my book, Netroots Rising, which I co-authored with Nate Wilcox.