Even multi-blog superheroes like Spencer need a break now and then. So today, I, Nicholas Beaudrot of Donkeylicous, will be filling Because I have a non-blogging day job, you won’t get the same amount of content, but I’ll try to do my best by making up for it with quality.

The headline that the White House wanted out of last night’s speech was pretty clear. Here’s the nut graf from the President’s speech:

Taken together, these additional American and international troops will allow us to accelerate handing over responsibility to Afghan forces, and allow us to begin the transfer of our forces out of Afghanistan in July of 2011. Just as we have done in Iraq, we will execute this transition responsibly, taking into account conditions on the ground.

You can already see that this formulation is full of hedges—we’re going to begin to ship out; we’ll take into account transitions on the ground, etc. Last night, on a DoD-organized conference call, we got a little bit of clarity as to what all these caveats add up to. David Sedney, Deputy Assistant Secretary of Defense for Central Asia, described it this way: “The ultimate goal is to have Afghanistan be  sovereign country that can stay in charge of its own security.” The summer of 2011 isn’t a necessarily time where we can expect to be at this ultimate goal. In fact, we might not be particularly close to it. But at the least, hopefully [hopefully? yeah, you’re telling me], we’ll be at a point where. “based on the conditions today, based upon the inputs that we’re putting in over the coming months, we have a very good expectation … that the Afghans will be ready to start assuming this lead responsibility, and allow our troops to start coming home as the President said”. Well, I guess that’s progress. I’m not sure where the Attackerman audience is on escalation (nickel version of my personal take: 30,000 troops will certainly accomplish something, however it’s still not entirely clear what it is we’re trying to accomplish and/or how valuable those accomplishments really are), but the whole point of this exercise is to get Afghanistan into a state where the US is more comfortable leaving. They DoD folks on the call emphasized that this date is based on what they think is achievable in that time frame.

This still felt a little nebulous to me. What does it mean for Afghanstan to be “ready to start assuming this lead responsibility”? Then, in a moment where I looked to the heavens and gave thanks for living in the DVR era, CNAS’s John Nagl appeared on MSNBC’s The Rachel Maddow Show and managed to shed some further enlightenment:

… okay, wordpress seems to be eating my attempts to embed this clip, so just watch it here and pay attention from 4:10 to 5:18.

So, there you have it, I suppose. If things in Afghanistan go fairly well, we can expect that in just over eighteen months, we’ll be able to start withdrawing troops in the most secure regions of Afghanistant to let local forces take a lead responsibility (not full responsibility) in security. As with the surge in Iraq, the end of this troop build-up isn’t going to lead to a rapid withdrawal. But at least, we think, it will get us closer to that withdrawal. 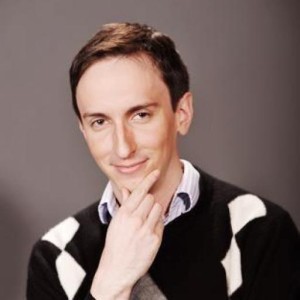