Throughout the 2008 presidential campaign, then-Senator Barack Obama said repeatedly that President George W. Bush’s war in Iraq was a distraction from "the real war on terror" in Afghanistan. "We took our eye off Afghanistan and fought the wrong war in Iraq," Obama said at every opportunity on the stump.

Now, more than six-and-a-half years after Bush sent nearly a quarter-million United States troops to Iraq to topple Saddam Hussein and nearly a year into his own presidency, Obama is about make good on his campaign promise to shift America’s focus back to Afghanistan.

After weeks of meetings and deliberations with his top military officers and national security advisers, the president is scheduled to deliver his first prime-time televised address to the nation tomorrow night (Tuesday) to announce a significant increase in the number of American forces in Afghanistan.

The commander-in-chief will deliver his address before an assembly of Army cadets at the U.S. Military Academy at West Point, New York. The president said last week that, more than eight years after the September 11, 2001 terrorist attacks on New York and Washington, "it is still in America’s vital national interest to dismantle and destroy" al-Qaida and its extremist allies.

For Obama, tomorrow night’s speech is a "moment of truth" that — like Lyndon Johnson, Richard Nixon and both George Bushes, father and son, before him — will ultimately make or break his presidency.

Obama won last year’s election in large part because millions of Americans who had grown tired of the Iraq War voted for Obama on the strength of his outspoken opposition to that conflict. Now he risks incurring the wrath of many of his supporters who thought they voted in a president who would end both wars and bring U.S. troops home.

And the president is about the announce his decision amid sharply conflicting sentiment on the war effort among the American public overall. A November 17 Washington Post/ABC News Poll found that the percentage of Americans in favor of maintaining the U.S. military presence in Afghanistan fell to 44 percent, with 52 percent saying that the effort there wasn’t worth it.

However, a USA Today/Gallup Poll released last week found that, even as public support for the war has fallen dramatically, Americans nonetheless remain sharply divided on whether to send in more troops or to start bringing them home.

The poll found a slight uptick in the percentage of Americans supporting an increase in U.S. troop levels in Afghanistan, with 47 percent in favor of adding troops and 39 percent preferring a cutback. Just two weeks ago, the USA Today/Gallup Poll found the public almost evenly split, with 37 percent favoring an increase, while the percentage favoring a reduction remained unchanged at 39 percent.

With Obama expected to announce that anywhere from 30,000 to 35,000 more U.S. troops will be deployed to Afghanistan — fewer than the 40,000 that General Stanley McChrystal, the top commander of American forces, had asked for — he is likely to face a reversal of political fortune: Even as Democrats rebel against him, the president is drawing support from the opposition Republicans.

Independents — those mostly moderate-to-conservative voters who are absolutely vital to the Democrats keeping control of Congress in 2010 and to the president winning a second term in 2012 — were almost evenly split, with 46 percent supporting a troop increase and 45 percent favoring a cutback.

"Republicans agree that a strategic review of the current situation in Afghanistan is warranted, and we will work to ensure that our commanders on the ground have all the additional troops they have requested," said Representative John Boehner (R -Ohio), the House minority leader.

Senator John McCain (R-Arizona), Obama’s opponent in last year’s election, has been pressing the president for months for a buildup in American forces in Afghanistan. Attending a international security forum in Canada on November 20, McCain told reporters that a hike in the number of U.S. troops to Afghanistan would bring on a more successful outcome of the war effort there, similar to Bush’s highly controversial "surge" of troops in Iraq.

"I even am bold enough to predict that within a year or 18 months, you will see success if the effort is sufficiently resourced and there is a commitment to get the job done before setting a date to leave the region," McCain said.

AN EERIE ECHO OF VIETNAM: NIXON’S 1970 SPEECH ON CAMBODIA

For the millions of anti-war voters who cast their ballots for Obama in the belief that he would be an anti-war president and bring all American troops home from both Iraq and Afghanistan, the president’s televised address on Tuesday night is likely to be seen by many of them as a betrayal — and a repeat of history.

On April 30, 1970, then-President Richard Nixon, in a televised Oval Office address to the nation, announced an incursion of U.S. troops into Cambodia during the Vietnam War to disrupt what Nixon called North Vietnamese "sanctuaries."

This led to massive protests by as many as four million young people on college campuses and even high schools across the nation, many of whom felt Nixon had betrayed them — and at the same time were openly fearful that they would end up on the battlefield, as military service back then was compulsory for able-bodied American men aged 18 to 26.

Forty years before Obama’s historic run for the White House, Nixon had campaigned for the presidency in 1968 on a promise to bring "an honorable end to the war in Vietnam," declaring that "Never has so much power been used so ineffectively as in Vietnam" — a direct slap at his predecessor, Lyndon Johnson.

Congress abolished the draft in 1973, just as Nixon began withdrawing American forces from Vietnam. However, all American males aged 18 to 25 are still required to register with the Selective Service System — even though there’s been no real political will in Congress to reinstate the draft since the voting age was lowered from 21 to 18 with the passage in 1971 of the 26th Amendment to the Constitution.

Political analysts inside and outside Washington warn that if Obama can’t convince his party to support a troop increase, the consequences could prove hazardous for Democrats in the 2010 midterm elections.

“I think it threatens his domestic agenda pretty substantially, unless he takes the people along with him,” Bruce Buchanan, a professor of government at the University of Texas, told Politico.com. “That’s what a lot of other Democrats like [House Speaker Nancy] Pelosi are worried about right now…..He risks alienating large chunks of the Democratic Party.”

Already, Obama has lost the support of anti-war firebrand Representative Dennis Kucinich (D-Ohio), who denounced the planned buildup as an "indefensible" escalation of the war, in defense of a "corrupt" government in Afghanistan. "We can’t afford this war," Kucinich insisted. "We’ve got to start focusing of things that matter to people here [in America] and what matters to people in the United States is not expanding the war in Afghanistan.

"We’ve got to get out of there," Kucinich said.

Kucinich was one of only a handful of Democrats who in October voted against a must-pass $680 billion defense authorization bill — which included $130 billion for ongoing military operations in Iraq and Afghanistan — despite the attachment of a measure long sought after by gay rights advocates to expand the federal hate crimes law to includes cases of bias-motivated crimes against gays.

“Every thinking person wants to take a stand against hate crimes, but isn’t war the most offensive of hate crimes?” asked Kucinich. “To have people have to make a choice, or contemplate the hierarchy of hate crimes, is cynical. I don’t vote to fund wars, period. If you are opposed to war, you don’t vote to authorize or appropriate money for it."

But in a guest commentary published by The ‘Skeeter Bites Report in October, Thomas Barnett, a contributing editor and online columnist for Esquire magazine, warned that the U.S. was making a big mistake in failing to take into account the fact that the war in Afghanistan is an international effort.

"What’s especially odd about this debate is its stunningly self-centered tone," Barnett wrote. "What are America’s national interests? How long can America last? How much will America be forced to spend in blood and treasure? What will happen to America’s standing if we withdraw? The whole conversation feels like a neurotic superpower talking to its therapist.

"We continue to debate our involvement as though this is ‘America’s war’ alone," Barnett continued, "when it is nothing of the sort and never has been, even if its triggering tragedy — the September 11, 2001 terrorist attacks — is."

About 55,000 NATO troops are in Afghanistan now, about half of whom are Americans. The president’s decision will enlarge the total U.S. force by more than 50 percent.

Then there is the warning issued on Veterans Day by Karl Eikenberry, the U.S. Ambassador to Afghanistan, in which he wrote in is a series of diplomatic cables to Washington that sending in more troops would be unwise because of "rampant corruption" in the government of Afghan President Hamid Karzai that the envoy said is undermining its legitimacy.

Eikenberry, a retired Army general and former commander of U.S. and allied forces in Afghanistan under Bush, wrote that it would be "unwise" to send in more troops at a time when the domestic political situation in Afghanistan in the face of a still-disputed presidential election remained unsettled, despite Karzai’s apparent re-election victory.

For their part, Afghan officials insist the training of local security forces needs to be given top priority, so that their own troops can lead the fight against Taliban and other anti-government insurgents. But Western military advisers remain skeptical that this can be achieved anytime soon.

Regardless of the war’s ultimate outcome, one thing is clear: Any increase in the number of U.S. forces in Afghanistan is sure to raise the specter of increased American casualties, according to John Mueller, a professor of political science at Ohio State University.

“If [Obama’s] going to be more aggressive militarily, it means more Americans are going to die and that’s the thing that moves public opinion more than anything else,” Mueller told Politico.com, adding that with public opinion already on the brink of turning against the war, the president risks facing the same political fate with Afghanistan that befell Johnson and Nixon over Vietnam and Bush over Iraq.

“Once people are turned off on a war they tend to stay turned off,” Mueller said. "Even when it became clear that the war was decidedly going better, the numbers of people who supported it didn’t move much.” 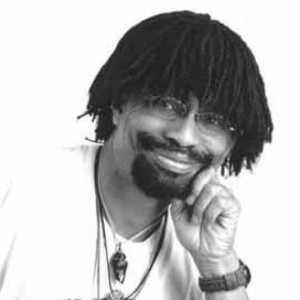