FDL Book Salon Welcomes Helen Thomas and Craig Crawford, Listen Up, Mr. President: Everything You Always Wanted Your President to Know and Do

Listen Up, Mr. President: Everything You Always Wanted Your President to Know and Do

In his memoir about life in the Clinton White House, George Stephanopoulos recounted the mini press corps revolt that erupted when he decided to shut the door leading from the press room to the press secretary’s staff quarters-thereby barring what had been routine access by reporters to the communications staff. “Helen Thomas led the charge…I may have been working for the new president, but she was part of the institutional presidency.”

As a result of technology, today there are an unprecedented number of voices in the media and beyond who routinely lead the charge against the presidency on behalf of “institutional presidency”–on issues ranging far beyond the press secretary’s office door. The collective result is a kind of political talk that we rarely step back to consider: the narrative in which the institutional presidency gives advice to the president.

If, like me, you occasionally (e.g., 37 times per day) feel the need to offer polite suggestions (ehem…) to the executive branch, you should sink your teeth into Helen Thomas’ and Craig Crawford’s new book Listen Up, Mr. President: Everything You Always Wanted Your President to Know and Do (Scribner).

The format of the book is sort of a “top ten list” version of advice to the president, with chapters ranging from “You are Not Above the Law,” to “Watch Your Image,” and “Give Us Vision.” Chapter ten, while ostensibly written for the president, is aimed more directly voters (“It’s Up to You”).

Combining personal experiences from the press corps with historical anecdotes from presidential history, Thomas and Crawford block out a basic game plan for a successful presidency. What constitutes success?

Kennedy, Theodore and Franklin Roosevelt, Reagan-all were successful in their ability to communicate a vision, act with courage, follow the law (or in the case of Reagan, admit it when they did not). Success in the West Wing, in other words, often follows what Thomas and Crawford describe in Chapter Two as the “Hamiltonian Model”: presidents whose charisma and leadership skill enable them to rely largely on public support to advance their policies, while ignoring Congress and their party if necessary. Lack of success, we conclude, comes when presidents adhere too much too much to party ideology or genuflect too deeply to legislative bosses.

Beyond juicy historical tidbits about Kennedy, Nixon, Reagan and Washington, the accolades Thomas and Crawford heap on President Grover Cleveland (1837-1908) are the most unexpected treat in the book.

To be honest, few of us could answer a question about Cleveland if he came up on Jeopardy, which is part of Thomas’ and Crawford’s point in praising him as a president who “unleashed a whirlwind of change throughout government and commerce” (p. 158). What change? Cleveland took on powerful interests in business and commerce, resulting in much needed reforms in our rail system, the modernization of the navy, government contracting. Showing the courage and vision to clean up Washington and American business culture, Cleveland was voted out of office after one term, but then re-elected four years later-the 22nd and 24th President.

The lesson Cleveland holds for today is clear. A President who has the courage to spend his or her political capital to tackle government corruption and business excesses, and has the vision to modernize the nation-combined with the ability to communicate effectively to and inspire the public-that is great President, even if their names do not regularly flow through popular culture.

It is hard to imagine any news anchor, nowadays, wondering aloud if Barack Obama has what it takes to live up to the legacy of Grover Cleveland. But maybe they should.

The sleight of hand in Listen Up, Mr. President, in other words, is that the advice is more for those of us in the institutional presidency than it is for any given group of people currently working in the West Wing. To be most effective, we should not only speak back to the presidency, but also see the institution-our institution-in historical context. If we can do that, our work to push the White House to make better decisions, to be honest, to follow the law, and to communicate vision more effectively-will be enriched by the wisdom and experience of those who came before us. Absent our willingness to know the history, we may lead the revolt, but the door will likely stay closed. 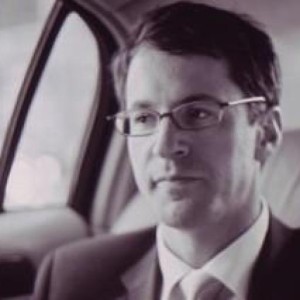 FDL Book Salon Welcomes Helen Thomas and Craig Crawford, Listen Up, Mr. President: Everything You Always Wanted Your President to Know and Do