so where’s my tax exemption

Now don't get me wrong.  I have plenty of christian friends.  I love them, and totally respect their faith.  It's just that I have a deeply held conviction that their belief system is unnatural and  results from a form of insanity.  So when I try to commit them to the mental health ward or support legislation restricting their ability to have children, it isn't because I don't totally respect their beliefs – its just that I think their beliefs (which I totally respect) are unhealthy and insane, and a danger to any offspring they might conceive.  I feel it is my duty to not look the other way while they continue to harm themselves with unhealthy behavior – what kind of loving friend would I be to just allow them to wallow in their delusions?

Now, some people might think that I am out of line when I argue that christians should undergo intensive treatment to cure them of their unnatural and unhealthy lifestyle.   But again, it is my deeply held conviction that they are doomed if they don't turn away from this illness.  It is my duty to make sure they are lovingly belittled and shamed,  and to make sure that their children are taunted sufficiently as well as taught that their parents are sick.  after all, someone has to think of the children.

Even more disturbing, these people flaunt their beliefs.  everywhere you look, there they are – shoving their existence down your throats.  I was horrified to find that there are several television shows – even networks – devoted to spreading this illness – during prime time!  when children could be watching!  Now if they want to pray in the comfort of their own homes I guess that would be ok, but there are militants intent on not only existing, but go over the line expecting people to tolerate -no- accept their beliefs.  Even worse, they are not content to practice their delusions privately – they are actively recruiting others.  They even have established schools devoted to indoctrinating children.   I lovingly disapprove, and am devoted to helping them get well.

As I said, I totally respect their beliefs, and it is only out of this deep respect and love that I have to tell them what they are doing is not natural – have you ever seen a “christian” cat or dog?  They need to understand that what they are doing is a choice – but there is hope.  And for a substantial fee I will be happy to help them. 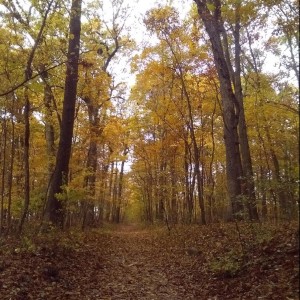 so where’s my tax exemption