“Ex-Gay” in Augusta, Georgia Says Heterosexuality Is Like Learning to Ride A Bike!

breaktheterror
0 0
“Ex-Gay” in Augusta, Georgia Says Heterosexuality Is Like Learning to Ride A Bike! breaktheterror 2009-11-18

Cross posted at Truth Wins Out

My roommate's brother tipped me off to an "ex-gay" situation happening here in my backyard in Augusta, Georgia.  Apparently this morning, the local NBC affiliate aired a piece and posted a story about the "great debate" over whether one's sexuality can be changed.

In one corner, we have McKrae Game, a Southern Baptist pastor who claims he "used to be" gay:

“A homosexual was a neighbor of mine and came on to me and I relented and came into the homosexual lifestyle,” McKrae Game said.

Oy.  That's always the way, isn't it?  There you are, minding your own business, and all of a sudden, the gay neighbor comes over and asks to borrow some flour, and whoa, everything just goes disco!  But the very next lines in the piece tell a different story:

Game used to be gay.

“Felt homosexual from a very young age, probably around 5 or 6 years old that was not sexualized until puberty,” Game said.

Oh, well then! Maybe it wasn't the beguiling neighbor's fault after all?

Game goes on to spout off some of the usual, long-ago discredited theories about what causes homosexuality — didn't know his father, identified with women, etc. Then it gets a bit weird:

“If my wife is way more interesting than me and I'm abusive or way more passive, then my son's not going to be excited to be like me,” he said.

That means, Game says, his son would associate with his mother; see himself as a woman's equal, not opposite and thus, like men.

Whaaa…? If Mom is witty + Dad beats her/the kids and/or Dad isn't so funny like Mom, then the son would develop a sexual attraction to men? That doesn't even make sense!

So McKrae Game made some decisions:

With his theory Game began his quest to manhood. To help he's taken up traditionally masculine activities, made male friends and yes, even married a woman.

“I was actually excited to see that I was aroused by my wife but it was through the relationship building,” Game said.

Yay? Okay. So he's not just "naturally attracted to her." The ex-gay speak for this, I believe, is that he's "relationally" attracted to his wife. Here's the thing, and as always, there's a thing:

That doesn't mean, however, that he doesn't feel temptations.

One of those struggles led to a fall two years into his marriage. He cheated on his wife with a man.

“Coming out of homosexuality it's like trying to learn a bike. You're going to fall a bunch of times. I just kept getting back on the bike and riding,” Game said.

Yeeeeah. So he still likes men, which is like falling off a bike, which you are going to do a "bunch of times," all while being married to a woman, whose feelings apparently don't factor into his considerations.

How Christian! "Honey, I fell off the bike today, and into a pile of men…"

Question: Does that mean that if he goes back to embracing his true self at some point, and then goes "ex-gay" AGAIN, that he'll be able to pick up the heterosexuality in no time? Because they always say you never forget how to ride a bike…

Pastor Game, it's useful to note, runs a "pray away the gay" organization across the river in Aiken, SC called Truth Ministry.

In the other corner is a local Unitarian, Suzanne Venable, who says this, which is eminently reasonable:

“I can no more make myself straight than I can will the color of my hair to change. Sure I can dye it brown but my roots are still going to be blonde."

And then the choir said "Duh."

The story, video, and ugh comments section are here. Feel free to wade over and add more pro-equality, anti-self-hatred comments there. 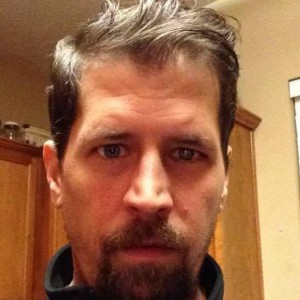 “Ex-Gay” in Augusta, Georgia Says Heterosexuality Is Like Learning to Ride A Bike!