A school official took students to a church to be baptized

Cross-posted from The Bilerico Project.

A mother is considering suing her son’s school after the football coach took them on a field trip to a church and had him baptized. Seriously, a school official thought it would be a great idea to take a group of students, without parental permission, down to a church to get baptized.

It’s another reminder that whenever the Right complains about something the Left might possibly do in the future, it means that they’re already doing it more boldly, dishonestly, and causing a whole lot more trouble. Remember this?

The coach doesn’t seem to understand what all the huss-fuss is about:

Breckinridge County High School Coach Scott Mooney last month used a public school bus to transport the kids approximately 35 miles but arranged for a volunteer driver and promised to pay for the gas himself, according to Superintendent Janet Meeks, who attended the service and witnessed the baptisms of her public school students.

“It was completely voluntary,” Meeks told ABCNews.com, noting that of the team’s 46 players, about 20 elected to go on the trip. Of those attendees, nine were baptized.

After all the “I don’t want my tax dollars going to…” someone on the right just doesn’t understand why taking kids in a school bus to go get baptized is inappropriate?

This is the same group of people who made a fetish out of “parents’ rights” when it came to keeping condoms and comprehensive sex ed out of schools, teaching kids that their state allows same-sex couples to marry, and having to listen to the president of their country talk about staying in school. And now they have no idea why someone would be upset that their school sanctioned a field trip to a church to get baptized:

The mothers of one of the baptized boys has said publicly that she was upset to learn her son had been baptized without her consent on a trip sponsored by a public school employee.

“Nobody should push their faith on anybody else,” Michelle Ammons told the Louisville Courier-Journal.” They have no right to take my son on a school bus across county lines to a church to be baptized.”

But Meeks said that Ammons was the only parent to express disatisfaction with the trip. A couple of parents were in church at the time of the service.[…]

But Meeks said she did not see the trip as pushing religious beliefs on anyone.

“The intent was all good. It’s unfortunate it’s gotten to this,” Meeks said. “Certainly it was not our intent to violate anyone’s rights.”

Ammons, who could not be reached for comment, told the Courier-Journal that while she was raised Baptist and her husband Catholic, they wanted their son to wait until he was 18 to make religious decisions for himself.

“We felt he was brainwashed,” she told the newspaper.

Ammons has every right to be upset. There is a huge difference between having a diversity day that talks about respecting other religions (which the Religious Right always uses to pull out the “religious freedom” card) and taking students to a church to be baptized. Meeks shrugs her off as if she’s some sort of loon to be upset that the school took her son to a church to be baptized, but if he doesn’t get why an American wouldn’t want the state to decide what religion their child is, then he simply shouldn’t be working in a public school.

The Religious Right never gave a flying fuck about religious freedom or parents’ rights. It was always a ruse they made up to cover the fact that they just want their religion to have more power than all the others. 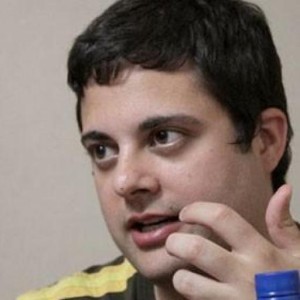 A school official took students to a church to be baptized