Why Marriage Matters (to Straights and Gays Alike)

…there are no words to express the abyss between isolation and having one ally. It may be conceded to mathematicians that four is twice two. But two is not twice one; two is two thousand times one.
— G. K. Chesterton, from The Man Who Was Thursday

As the debate on same-sex marriage intensified, The New Yorker ran a cartoon showing an old couple in their living room, the husband holding a newspaper. “Gays and lesbians getting married,” he muses, and then adds, “haven’t they suffered enough?”

The punch line brings a knowing smile to anyone who has experienced the bonds of marriage. Why do people pair off? And when they do, why not settle for the looser ties of friendship or partnership? Why seek the freighted marriage bond?

As one-half of a couple, each person is matched by one other, so neither can be out-voted. In any group larger than two, allies can be sought to break a tie and settle a disagreement. Put more than two people together, and politics enters the picture.

In contrast, neither party in a couple has a right to the mantle of impartiality. Absent agreement, there’s stalemate. Grandstanding is of no avail–the stands are empty. Theatrics yield to inner certainty, which, as it develops in one party, has a way of drawing the other towards common ground. In a group, politics intrudes, and the goal of politics is consensus. But, as one person in a twosome, we’re forced to articulate our personal truth. In so doing, we define and create our unique adult selves.

A relationship with just one person is therefore a place to grow up. “The point of the sword is hard to find,” and many who might not find it on their own, or as part of a larger group, do so as one half of a couple. This may be an underlying reason that the institution of marriage has not been displaced by more communal arrangements. Partnerships promote individual maturation better than the geometries of larger groups.

The stronger the walls of a container, the more pressure it can hold. Given its universality and history, marriage has stronger, higher walls than alternative vessels. Nothing quite holds our feet to the fire like marriage. That’s why, when it comes to relationships, it’s deemed the gold standard.

In most long-term relationships there are moments when we hate our partner’s behavior. In the heat of battle, we may even believe we hate the partner him- or herself. By taking a stand against specific behaviors, partners expose the false in each other. Romantic love gives way to married love as partners negotiate this rocky road together. A formal, socially-sanctioned partnership can contain disagreements long enough to allow us to discover that our apparent antagonist is, in the larger game of life, our ally.

Will gender equality, control over reproduction, and financial independence of women and men alike transform the institution of marriage into something new? Or, will leveling the conjugal playing field simply raise the level of the games played thereon? No one knows, but regardless, it won’t give any person or group the right to reserve unto itself the most durable crucible of personal transformation. That crucible is marriage. 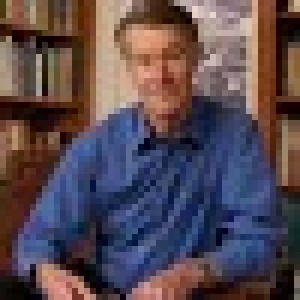 Robert Fuller is the author of "Somebodies & Nobodies", the book that identified the malady of rankism and "All Rise", which describes a dignitarian society committed to overcoming it. His most recent books are "Religion and Science: A Beautiful Friendship" and "The Rowan Tree: A Novel".

Why Marriage Matters (to Straights and Gays Alike)