Originally posted on Citizen Orange. I missed a whole day of Netroots Nation pouring my heart out into this post. Please digg it, tweet it, stumble it, etc.

Another day another DREAM. Over the last few days, I have been working hard with Herta Llusho and her brother Lirjon to support their campaign to defer Herta’s deportation on August 19, 2009. If you haven’t read her story yet, I recommend that you do. Please, take the following actions in support of Herta and help her stay in the only country she knows as her home:

I first heard about Herta through the folks at dreamactivist.org, whom I have been working and spending a lot of time with, lately.  In typical dreamactivist.org fashion, if you get involved they’ll find a way to use you anyway they can.  So, while I was in Michigan visiting family, Mo from dreamactivist.org contacted me and told me Herta and her brother, Lirjon, would be coming over so that I could meet with them and help Herta tell her story.  I worked closely with her on her story, and I also recorded the above video.

Lirjon and Herta are incredible people.  Herta is especially lucky to have a brother like Lirjon who has been tirelessly advocating for her.  Even in the short time that Lirjon and Herta introduced themselves to my family, they had a huge impact.  It was a special moment for me, too.  My family is used to seeing me type away at a computer.  This was the first time they got to meet the real people whose lives I’m affecting.

I’ve written time and time again how people like Herta are my heroes.  Herta describes the emotional turmoil she’s going through in the video better than I ever could:

It’s this constant battle everyday where you are at war and then one day you’re at peace, ’cause your like, "well, tomorrow God will handle this because he’s in control" and then the next day — panic — ’cause you feel that you’re human and you want to be in control.  Herta Llusho (5 August 2009)

Despite this emotional battle, Herta was still able to excel at school and find a way into college.  I know for a fact that I would not be able to do the same if I were in her situation.  That’s on a personal level, but, on a larger level, DREAMers like Herta also inspire deep introspection on my part.  The U.S. has forced Herta to go through so much.  She’s fought through years of legal battles, tried to do everything right, and the U.S. is still deporting her.  During the process, the U.S. became her home.  Now, the U.S. is essentially telling her that she doesn’t have the right to exist in her own home.  Despite all of this Herta still believes in the "promise of the American Dream."  She still speaks of the U.S. as a "land of opportunities, values, and ideals."  She wants nothing more than "to contribute to the country that has given [her] so much".  This is why DREAMers like Herta are my heroes on a larger level.

Herta would probably not want me to describe it this way, but the U.S. has spit in her face and she has responded only with love.  That deep, true, and endearing love in the face of injustice, when acted upon even by one person, does more for the betterment of the universe than millions of angry demonstraters will ever do.  By fighting to stay in the U.S., Herta is participating in what Gandhi would call "satyagraha", which the Dr. Rev. Martin Luther King, Jr. often translated into "truth-force" or "love-force."  Those who support Herta are participating in satyagraha, too.

I can truly say that the love DREAMers have for the United States has truly changed my heart, and restored my faith in this country.  I will admit that growing up, I was what self-proclaimed "patriots" would call an "America hater."  It was hard not to hate the U.S. when I grew up in a country, Guatemala, where a democratic government was toppled by the CIA into decades of brutal dictatorships and a civil war where hundreds of thousands died.  It was hard not to hate the U.S. when I would go over to play with the children of U.S. foreign servants only to hear many them deride the country grew up to know and love.  I could go on, but suffice it to say, when I hear of promises of the American Dream, I still think of the vast majority of people who suffer from the American Nightmare.

I apologize for using Herta’s story to wax philosophic.  In the face of the immediacy of Herta’s case, I have been much too academic and self-serving, up to this point.  Fortunately, there is a famous poem by Langston Hughes that illustrates this dialectical relationship between the American Nightmare and the American Dream  with more immediacy and passion than I ever could:

(America never was America to me.)

Let America be the dream the dreamers dreamed–
Let it be that great strong land of love
Where never kings connive nor tyrants scheme
That any man be crushed by one above.

(It never was America to me.)

O, let my land be a land where Liberty
Is crowned with no false patriotic wreath,
But opportunity is real, and life is free,
Equality is in the air we breathe.

(There’s never been equality for me,
Nor freedom in this "homeland of the free.")

I am the poor white, fooled and pushed apart,
I am the Negro bearing slavery’s scars.
I am the red man driven from the land,
I am the immigrant clutching the hope I seek—
And finding only the same old stupid plan
Of dog eat dog, of mighty crush the weak.

I am the young man, full of strength and hope,
Tangled in that ancient endless chain
Of profit, power, gain, of grab the land!
Of grab the gold! Of grab the ways of satisfying need!
Of work the men! Of take the pay!
Of owning everything for one’s own greed!

I am the farmer, bondsman to the soil.
I am the worker sold to the machine.
I am the Negro, servant to you all.
I am the people, humble, hungry, mean–
Hungry yet today despite the dream.
Beaten yet today–O, Pioneers!
I am the man who never got ahead,
The poorest worker bartered through the years.

Yet I’m the one who dreamt our basic dream
In the Old World while still a serf of kings,
Who dreamt a dream so strong, so brave, so true,
That even yet its mighty daring sings
In every brick and stone, in every furrow turned
That’s made America the land it has become.
O, I’m the man who sailed those early seas
In search of what I meant to be my home–
For I’m the one who left dark Ireland’s shore,
And Poland’s plain, and England’s grassy lea,
And torn from Black Africa’s strand I came
To build a "homeland of the free."

O, let America be America again–
The land that never has been yet–
And yet must be–the land where every man is free.
The land that’s mine–the poor man’s, Indian’s, Negro’s, ME–
Who made America,
Whose sweat and blood, whose faith and pain,
Whose hand at the foundry, whose plow in the rain,
Must bring back our mighty dream again.

Sure, call me any ugly name you choose–
The steel of freedom does not stain.
From those who live like leeches on the people’s lives,
We must take back our land again,
America!

O, yes,
I say it plain,
America never was America to me,
And yet I swear this oath–
America will be!

Out of the rack and ruin of our gangster death,
The rape and rot of graft, and stealth, and lies,
We, the people, must redeem
The land, the mines, the plants, the rivers.
The mountains and the endless plain–
All, all the stretch of these great green states–
And make America again!Langston Hughes (1938)

Langston Hughes’ poetry applies as much today as it did in 1938 (another Langston Hughes poem, "A Dream Deferred," has also inspired many DREAMers).  In the poem above, Langston Hughes uses verse to illustrate how the narrative of the American Dream neglects the stories of those who have only suffered the American Nightmare.  Hughes brings both narratives together at the end in a way that brings Herta’s story, and everything I’ve been saying in this post, all together.  Herta could very well be saying the following words Hughes wrote so long ago: "I am the immigrant clutching the hope I seek…O, let America be America again — the land that never has been yet — and yet must be — the land where every man is free."

While my dark heart still winces when I hear youth like Herta praise the American Dream they have been denied, I recognize that their love for this country is changing the culture war that is the U.S. migration debate more than my angry words ever will.  If we stop Herta’s deportation on August 19 we will be laying another brick in the groundwork for a movement that is much bigger than Herta.  Today, Herta.  Tomorrow, the world. 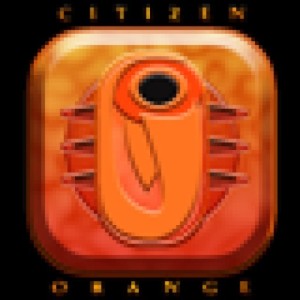