Jane Hamsher has tirelessly reported on the political kabuki within the White House in forcing the progressives in the House to swallow crap sandwiches in form of the stimulus, the ACES bill, and the war supplemental funding, and how Rahm was behind a great deal of the "negotiations" with the Blue Dogs and the Democratic leadership to weaken these elements of progressive legislation into former shells of themselves.

Rahm Emanuel’s always been harder on progressives than he is on the Blue Dog Democrats. After all, he was the one who recruited most of these Blue Dogs to run for office, and he’s a major part of the reason why the Blue Dogs are working so hard to weaken health care reform in the House. He’d rather deal with the Blue Dogs from a policy standpoint because he erroneously believes that the country is "center-right" rather than "center-left" and that bipartisanship is what Americans want, rather than good policies that was promised by the party Americans voted into office. So giving in to the Blue Dogs makes sense to Rahm Emanuel, and to other aides in the White House from a policy standpoint.

Rahm would rather that pressure be not exerted on Democrats from the progressives on the issue of health care because it’d upset the Blue Dog Democrats and Senate moderates. It’s why he told progressive groups to back off on targeting Democrats in this recent article by the Hill rag Politico:

White House chief of staff Rahm Emanuel warned liberal groups this week to stop running ads against Democratic members of Congress.The powerful top aide to President Obama made his feelings known at the weekly closed-door strategy session of an array of progressive organizations, according to two sources who were there.

Emanuel’s request came on the same day that Obama himself told a meeting of Democratic senators that he didn’t like seeing dollars used by liberal groups to target congressional Democrats.

Some on the left believe administration officials are making such statements only as a favor to Democratic legislators whose votes they’ll ultimately need.

But the White House indicates to POLITICO that it truly believe the ads aimed at Democrat are counter-productive and largely ineffectual. There is no winking and nodding when Obama and Emanuel deliver their message, say West Wing officials.

I’ve worked in politics for a bit, but I know that when politicians are complaining about ads being run against them–it means that the ad’s effective and the message behind the ad is working. It’s why these Senate moderates and the Blue Dogs in the House are complaining about these ads to Rahm. They want us to back off because the stronger the pressure is on them, the more likely they’ll have to support actual health care reform legislation as opposed to the health insurance bailout bill they want to pass.

Now that they’re complaining, it’s high time to increase the pressure by showing up at their Democratic town hall events and insisting that they take the Pledge to support the public option, and not to weaken the public option, or else they’ll face a massive electoral loss in 2010 because the Democratic base will have been demoralized by the grand bailout of the murder-by-spreadsheet industry without a strong, robust public option in the final package.

By the way, that picture of Rahm? He’s thumbing his nose at the 76% of American people that want a strong, robust public option and actually went to the polls to vote a majority of Democrats into office over the Republicans because of one issue–health care reform. The majority of Americans sure as hell didn’t vote for bipartisanship. 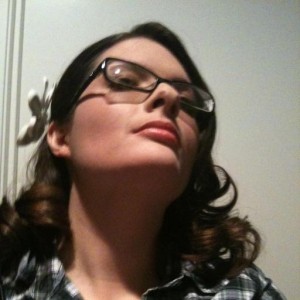