The Republicans and their right-wing pundits spent July spreading misinformation or just blatantly lying about the health care legislation. You have heard their claims: Americans will be forced into a government-run plan, the bill is an “assault on seniors,” they will be locked up in “medical homes,” and instructed by their physician to commit suicide. All of these myths and others have been repeatedly debunked here.

Now their strategy for August is to continue the misinformation and ratchet up a new campaign that is equally appalling and un-democratic. They are mobilizing a small minority of radical extremists who use nefarious tactics to disrupt town hall meetings, an important forum in the American democratic process.

Freedom Works and Americans for Prosperity are the two main national clearinghouse organizations that have been coordinating the malicious and hateful mobs who describe themselves as “tea baggers.” These two groups have been leading the “tea baggers” since the spring when their raucous crowds made headlines protesting on National Tax Day.

In order to incite these riotous and hateful mobs, Freedom Works et al. have been disseminating instructions such as “How to Organize Your Own Tea Party Protest," and How to “Rock the Town Halls.” Freedom Works also distributes “Town Hall Recess Action Kits.” It is sickening to read these documents. The authors refer to themselves as a “team” hoping to sabotage the town hall meetings. Their stated goal is to make the Representative “feel that a majority, and if not, a significant portion of at least the audience, opposes the socialist agenda of Washington.” The "Rock the Town Halls" guide explicitly instructs its brainwashed followers to, “watch for an opportunity to yell out and challenge the Rep’s statements early. If he blames Bush for something or offers other excuses –call him on it, yell back and have someone else follow-up with a shout-out.” Think Progress has more on this here. Their goal is clear: to destroy the town hall as a medium for discussion and actual analysis of the health care legislation.

The Right-wing has attempted to classify these outrageous obstructionist tactics as natural and spontaneous occurrences from angry Americans. However, like most statements from the Right these days, this is blatantly false. Think Progress(link) has done a fantastic job documenting the methods Freedom Works et al. use in order to engineer and coordinate the town hall disturbances. Their organizational tactics include: the “how-to” documents mentioned above, ideas for signs, sample press releases, actual press releases, astroturfing, and ballot initiatives to codify their radical reforms into law.

So what exactly are the obstructionist tactics the conservative extremists are employing to sabotage nearly all constructive dialogue at the town halls? They are shouting and screaming, booing and hissing, interrupting their Reps., and generally disrupting the American democratic process. At a hateful rally in Setauket, NY, police were forced to intervene in order to keep Rep. Tim Bishop safe by escorting him to his car. Oh, I almost forgot to mention that a group of malicious protesters lynched Rep. Frank Kratvoli in effigy. Rachel Maddow may have put it best when she said: “This is orchestrated, mob mentality intimidation. This is called hooliganism.”

One consistent theme throughout all of the town hall’s fanatic crowds has been a chant of “Just Say NO!” Just one example is Lloyd Doggett’s (failed) attempt to talk with his constituency in Austin, Texas earlier this week (See Below). Riotous shots of “Just Say NO!” drowned out Rep. Doggett as well as any constituents who had legitimate questions or comments to raise with their congressman. These unruly fanatics represent the Party of No, the Republican Party. Just as chants of “Just Say NO!” prevented grass roots, democratic dialogue from occurring in Austin, the same mindset is obstructing the comprehensive reform that will benefit all Americans in both the short and long-term (for more specific reference of what that reform looks like see HCAN principals…link). The Republican Party has become the Party of No! They are the obstructionist party preventing legislation that will provide quality, affordable health care for all!

So that is what is happening all across our country. What should the progressives, the Democrats, the supporters of health care reform, and even the supporters of plain, old respectful political discussion do? First off, people with comments or questions at the town halls should be residents of the district. No compensated activist, as many of these people are, should be allowed to move from district to district ruining the town hall conversations. (Evidence suggesting this is exactly what is occurring can be found here and here). Rules must be laid out, security should be in attendance, and disrespectful attendees must be kicked out immediately. The Democratic Alliance of Northwest Indiana held a successful town hall meeting, and they have explained their strategies for success.

The Left needs to out-mobilize the Right. Our opinions and solutions, which by the way are a majority, must be more widespread and visible than a small group of fanatical Right-wing extremists using nefarious tactics to disrupt town halls, which are a key medium in the American democratic process. The majority of Americans support the public option; the Congressmen and women in the House and Senate should reflect the American people’s wishes, and vote to pass comprehensive health care reform with a robust public option.

Cross-posted from Campaign for America’s Future: 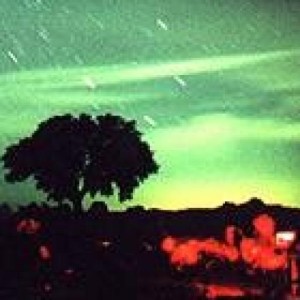