About a month, UNESCO smacked the US and Poland for the damage that has occurred over the last six years due to a military base being located in the ancient city of Babylon. Given the total cost of the war in Iraq and Afghanistan in capital and lives, it may seem that throwing a hissy fit over a bunch of rocks, particularly ones that had already been tampered with by Saddam to create an archaeological Disneyland, is a waste of everyone’s time and energy. However, even if I can’t sell you on the idea that the monuments and art of a country should be protected for their beauty and for the knowledge we gain from studying, there are political reasons that protecting this monument is good for us.

The reason why has to do with the difference between how we as Americans view such sites, and how the citizens of a country do. Blue at Afghan Quest (formally Bill and Bob’s) captures this difference perfectly in a recent piece:

As I roamed the shell of the palace, wandering through what was once a grand hall on the third floor, my eyes were drawn to an Afghan civilian who stood deeply considering the graffiti on the wall. I assumed that he was feeling the great sorrow of such a place, representative of the hope that Afghanistan had once held and the destruction of that same…

[I] asked him how Darulaman made him feel.

He thought for a moment, fingers on his chin. "Proud."

"Now, I am proud; and I’m thinking, ‘Do something in your life unique like this,’" he told me, "I pray to God to give me energy like this, to kick all of these insurgents out of here and I will tell them, ‘Hey, 80 or 100 years ago, they made this place. Why you made this place like this?’"

"It doesn’t make you sad?" I quizzed him further, intrigued at his outlook.

"No. I feel this sorrow, but I cannot change these things that happened. But, this man, Amanullah, did a unique thing. I can do a unique thing too, inshallah."

For outsiders, antiquities are all about the past, particularly when talking about studying areas of the world that have been traditionally viewed through an Orientalist aesthetic. But for the descendants of the society that produced them, these places and items form key parts of personal identity narratives that link the individual to a historical sense of the nation. In fact, these places and things are so important to political narratives that in countries with strong ethnic and tribal divisions, like Iraq, Afghanistan, or Israel, claims about where the people you are descended from lived and what the achieved can play very specifically into division of modern political spoils.

The preservation of the past can also be way of linking to a sense of the nation that existed before the Taliban, before Saddam. A good example of this is the exhibit of pieces saved from the National Museum in Kabul by the staff before the Taliban took over. Americans didn’t build the palace, and Americans didn’t save this priceless collection. Afghans did. At a time when there are major concerns about the US’s ability to recruit Iraqis and Afghans to take on critical security and development projects in order to ‘hold’ the territory we take, we should be doing everything possible to promote Iraqi and Afghan nationalism, and that includes not destroying tangible symbols of patriotism. 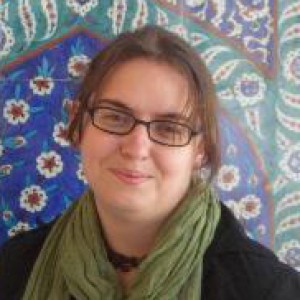