Abortion: A Question of Choice or Life? Probably Neither

What started out as a short response to a Salon Letter exchange between "bernbart" and "Nathan Coker" (no relation), ended up a generally complete commentary on my view of the debate over abortion, and one for which I’m sure to take a raft of crap over from everybody.

bernbart takes up an interesting position that belies the complexity of this issue tremendously; in my opinion.

What exactly constitutes "birth?" Should a woman be able to terminate her pregnancy after she’s gone into labor, but the child has yet to be born? Perhaps the day before the expected due-date, but labor has yet to begin? If we could even conclusively answer this question, would it finally put the debate to rest?

My intention is not to be particularly obtuse or pedantic for its own sake, but simply to illustrate that there’s probably a point somewhere prior to "birth" where even a "fetus," as has been put, is close enough to being alive, and ought to be imbued with fundamental rights and protections?

This issue is a difficult one for me in the sense that I am an advocate of the sanctity of life, a position which extends across my principles; including poverty, war, and criminal justice. I go so far as to view even violence in self-defense as having limitations as an argument for prosecutorial immunity. In that vein I cannot advocate in favor of abortion when a genuinely viable fetus is at stake. A position which I admittedly have the luxury of taking knowing that, as a male, the difficult choice would never be mine to ultimately make. That said, I would strongly advocate in favor of rigorous access and education regarding birth-control (including male).

The problem I have as this relates to policy is that per capita abortion rates seem to follow something other than the procedure’s legal status. There’s a vast discrepancy in the use of the procedure even amongst nations where the laws are liberal, and even relatively high incidence of use in nations where the laws are more restrictive. The correlation seems weak on the side of the pro-life movement, which has focused heavily on policies of prohibition; providing a high-degree of ambiguity to its purported effectiveness. Some research indicates that the greater correlation seems to be on the availability of safe and effective birth-control. Where birth-control is widely-available, there tends to be a broad decline in abortion procedures; indicating birth-control has a substitutive effect on abortion.

Here we reach some of the mutual dishonesty in this debate.

On the pro-life side, the sanctity of life is trotted out as a bludgeon to oppose abortion, and I can’t help but be sympathetic to that characterization. The problem comes from the fact that, often at the same time the pro-life position advocates mitigating abortion as a procedure, it simultaneously advocates for forms of prohibitions on the single greatest deterrent to abortion; birth-control. The effect is an advocation for the worst of all world’s. A moral victory predicated on practical defeat. Making the demand for abortions higher, and the supply of them scarcer; forcing them to unregulated, unsafe outlets to meet demand. This is the problem with prohibition policies generally (be it drugs, guns, birth-rights, etc). When you’re facing a demand-side problem; dealing with the supply-side has a terrible historical record of success.

On the pro-choice side, the reality that pervasive safe and effective birth-control acts as a substitute for abortion means that the typical arguments about sovereignty, birth-defects, rape, etc. are, in all likelihood, a relatively tiny force of demand for abortion procedures. To that effect the pro-life criticism that "liberals" (amongst whom I count myself) largely want to have consequence-free sex is probably a valid one, and that the issue over sovereignty and health, while exceedingly valid and important concerns, generally take a back seat to what "conservatives" would label hedonism. This would seem backed by the economics, the behavioral measures, even if not in polling numbers.

My personal opinion on the matter is that, looking more squarely at the archetypal pro-life position, the issue for that demographic stems from a disdain for the perceived secular rejection of the sanctity of sex (not life). I otherwise have a hard time explaining how the pro-life demographic can also be the pro-war demographic, the pro-poverty exploitation demographic, the anti-birth-control demographic, and fights vehemently against gay marriage, but does little to combat the real threat to marriage; divorce. Reflexively the same can be said for the pro-choice demographic. That the people who oppose the death-penalty, oppose warfare, and oppose exploitation can also be the same people who would advocate for terminating a viable fetus. What we have in a shortage of open and honest debate; we make up for in sometimes confounding and ironic hypocrisy.

So what does this all mean? It likely means that almost nobody in this debate is being honest about what it’s really over. Almost certainly there are points before birth where all but the most fringe pro-choice advocates would turn their nose up at allowing an abortion, but even if we distill that debate to some "X-number of weeks prior to birth" rule as the agreed upon definition of "life;" we still wouldn’t put this debate to rest. Why? Because, the debate seems rather clearly not to be about life, health, or sovereignty. I suspect that few would be made content for very long with restricting (as some nations do) abortion procedures to only those regarding critical defects, non-consensual sex, and fetal or maternal risk. There appears simply too much parity in the statistical distribution of viewpoints for that kind of compromise.

If I had to highlight any victims here, it would be both the unborn and the unwanted children that have been forced into being little more than rhetorical cover to avoid an inclusive public debate about the one thing everyone thinks about, but few want to practically talk about; sex. Both the unborn and unwanted children end up robbed of life, in one form or another, while the rest of us muck about clumsily stumbling through cultural puberty.

In the end, for me, it is about the sanctity of life; yet I don’t feel at all at-ease amongst the pro-life movement. Simultaneously, I can understand and entertain sensible caveats to a pro-life position. I am exceedingly skeptical of the efficacy of prohibition policies, and would not support them standing on their vanishingly few merits. As such, I’m pro-choice with respect to public-policy, because I don’t believe that the restriction in a woman’s personal liberty would have a correspondingly positive effect of advancing an inherent respect for the sanctity of life. It makes much more sense to me to strongly advocate contraception incentives in an effort to mitigate the demand for abortions rather than dubiously restricting the supply of the procedure. My opinion remains that the whole debate seems somewhat dishonestly framed by both sides as it stands today, and our politics would be better served by addressing what really seems to be driving this debate for many people; not the tin-plated versions of our ideals that we tend to prop up instead. 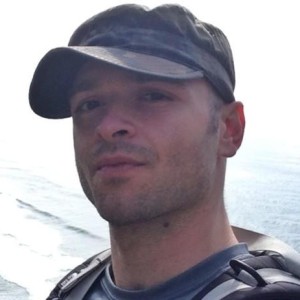 Abortion: A Question of Choice or Life? Probably Neither