Will Wilkinson
0 0
FDL Book Salon Welcomes Ryan Grim: This Is Your Country On Drugs Will Wilkinson 2009-07-11

Ryan Grim’s new book, This Is Your Country on Drugs: The Secret History of Getting High in America, is a smart and sophisticated telling of the complex interaction between two opposed forces: Americans trying to alter their moods and mental states with chemicals and Americans trying to stop them. It is a book that tries, and largely succeeds, in making sense of the apparently senseless mix of prohibition, regulation, and permissiveness in the U.S. today.

As I write this, I am under the influence of a powerful amphetamine: Metadate, a time-released formulation of methylphenidate (Ritalin) that Grim also reports having taken. This is totally legal, since I have a prescription from my doctor. A few nights ago, I smoked a little marijuana, which is to my mind a much more benign drug than Metadate. But that was a crime. I broke the law. I could try to get a prescription for cannabis, but I’m sure my doctor wouldn’t give it to me, and if he did it wouldn’t make a legal difference here in Iowa. But it would make a legal difference if I lived in California. If I tried, I might be able to kill myself with the bottles of liquor sitting atop my refrigerator. I don’t need a prescription for any of that, despite the fact that Americans about a century ago passed a Constitutional amendment to ban it. And then there are the legal but heavily taxed cigarettes in my unpacked suitcase. I could go on. The point is: WTF? Well, if you would like to know how we ended up with this unprincipled jumble, then you might like to read < This is Your Country on Drugs (TIYCOD, from here on).

TIYCOD begins with Grim’s telling of his fascinating discovery early in this decade that the American LSD supply had dried up. It really had. He couldn’t find it anywhere, and if there is anything that emerges clearly from TIYCOD, it is that Ryan Grim knows how to find drugs. What happend? Where did it go? Did (gasp!) the War on Drugs work?

The puzzle of the missing acid is the narrative thread that loosely holds the book together as it travels through the drug habits of our colonial forebears, the late-19th and early-20th century era of legal everything, the relation between women’s suffrage and prohibition, the cozy union of Big Pharma and the regulatory state, the emergence of the DEA and the War on Drugs, the failure of DARE, the CIA’s role in the 80s coke trade, and much more. Like any detailed and data-filled narrative history, TIYCOD is impossible to fairly summarize. But a few major themes clearly emerge.

Grim’s central claim is that "drug policy per se does not exist. Because altering one’s consciousness is a fundamental human desire, any public policy is also drug policy." What does this mean? One of my favorite examples is one Grim doesn’t mention, since it’s not to do with America. England is a beer drinking culture. France is a wine drinking culture. But why? There is no beer- or wine-drinking gene. In his book War, Wine, and Taxes, economic historian John Nye shows that this national difference in preferred beverages is an unintended result of tax and regulatory policies that emerged from France and England’s 18th century rivalry. Trade policy can be "drug policy," too, as Grim clearly shows in his discussion of NAFTA’s role in boosting the Mexican drug trade.

That fact that Grim’s new book can be read series of case studies illustrating several important concepts in economics speaks to its analytical strength. TIYCOD is a story about inelastic demand, substitution effects, and unintended consequences with guest appearances by speed freak Andy Warhol and all your favorite jam bands. As fascinating as the story of drugs in America is, the mechanisms that drive the story forward — that explain, for example, why compartmentalized "drug policy" is a game of "Whac-a-Mole" — are the same ones that explain so much of our social and political status quo.

Maybe it’s because I’m a libertarian, but one apparent lesson of TIYCOD really jumped out me: the government usually isn’t helping. Indeed, this is a book where the state is almost never on the side of the angels. Though Grim is never didactic or  preachy, it comes through loud and clear that government’s attempts to regulate what we put into our bodies is almost always ineffective and often flat-out destructive. Perhaps this is good place to start our discussion.

I wonder whether Ryan thinks there is something special about the irrepressible demand for altered consciousness that explains the tragi-comic failure of the attempt to regulate and restrict drug use, or whether there is a more general lesson about the effectiveness of government regulation here. Relatedly, in the chapter on the story of alcohol prohibition, Ryan touches on the relationship between the technocratic, "public health" paternalism of Progressive-era politics and the prohibition of alcohol. It wasn’t all just Bible-thumping enemies of demon rum. I wonder to what extent Ryan thinks the remnants of this kind of progressive paternalism stand behind today’s drug prohibition.

Also, where can we find LSD? 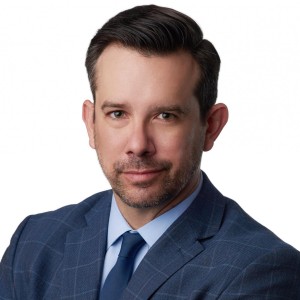