Time to Step Up

The theme of ‘grassroots’ efforts runs heavy online. Blogs and the mainstream media talk a lot about a small group making a big impact in our nation. But really, how well connected are these small groups that get them mentioned all over the country in a matter of days?
I’ve only been doing this call to action for about 3 weeks. Not much time it would seem to drum up support and get things done. But then, how long are these efforts supposed to germinate? If one or two people have a great idea about how to effect change in our world, how long are they supposed to yell into the ether before they are noticed? How does one tap into that collective unconscious in our culture to get noticed and get others on board?
An idea of Civil Disobedience gets brought to table of ideas. One person runs with it, gathers a small group of supporters. Letters are written to established activist groups asking for support, just a mention to their members that a new group is forming. Letters are written to bloggers, papers, and networks announcing a new effort in our struggle for equal rights. There is no response from one of these groups.
So are passionate people with a mission just expected to accept defeat and join in with the chorus of complainers?
Well I refuse.
Everyone that reads these words has a responsibility to step up and FIGHT. You stay informed, talk to your small circle of friends, but would rather not be inconvenienced by actually getting off line and standing in a picket line, or meeting with your Representatives telling them to support us or you’re done supporting them.
You are lazy.
And I say that to the bloggers that try to keep us informed too. Because so far all they give us are words, but no action.
A group of 24 members of the LGBT community met a few months ago to come up with the Dallas Principles, which specifically states that “6. Individual involvement and grassroots action are paramount to success and must be encouraged.” I never heard back from who ever is maintaining the site about supporting this protest effort. So what grassroots actions are to be encouraged and which are to be ignored? Have there been other grassroots efforts I haven’t heard about because no one will talk with them?
I am a nobody. I am one person in Seattle who has support from one person in DC for this continued vigil. But I am taking action. I can hold my head high and say ‘I disrupted my comfortable life to fight. I interrupted camping weekends, a vacation with family I haven’t seen in two years, nights just hanging out with friends to make a difference for my community and make sure that all Americans are treated equally.’ I do have a day job and limited funds. I am making sacrifices to a cause greater than myself because someone needed to step up.
There is one group I want to recognize here that is helping other step up, Join the Impact is having a “teach-in” all across America on July 25. While Join the Impact is one of the groups that ignored my initial plea of support, I think this teach-in is needed in our community, and I will be hosting one.
I know it can be terrifying to disrupt your daily life and commit to something bigger. I have had sleepless nights wondering what I am doing. But knowing that you are fighting for a just cause makes it worthwhile.
I am one of those optimistic people that believe people want to do good when given the opportunity. The Protest for Human Rights is an opportunity I could give to the community. I made a promise to myself when I started it that anyone who wants to organize will be given the chance. There is no vetting. There is no application process. Just a willingness to step up. A willingness to disrupt your comfortable life for a time to fight for a just cause.
Here is a space, what will you do with it?

-Cross-posted at Protest for Human Rights. 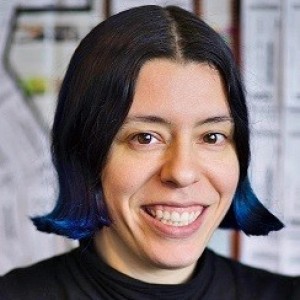 Time to Step Up