Here’s a linky to Google Scholar and the text of the first two chapters of the book.

From the first chapter:

Since the politician’s first principle is to avoid taking on any more organized opposition than he has to, the first principle for those who want to influence politicians is to organize. With this elementary rule in mind, millions of people in the United States have banded together in some two thousand organizations and have sent their men off to Washington — lobbyists who represent everything from the National Association of Manufacturers and the American Federation of Labor-Congress of Industrial Organizations to the Camping Club of America and the Southwestern Peanut Shellers Association. For every member of Congress there are ten lobbyists, and the most modest estimates of what they spend in the course of working for or against specific pieces of legislation that interest their employers run to more than a billion dollars a year.
…
The struggle over government health insurance raged back and forth across the country for more than a generation. It cost the AMA and its affiliates and allies something on the order of fifty million dollars, it gave the Association a reputation that would not be envied by the Teamsters, and it left political wreckage that may not be cleared away for more than another generation … "Medicare was the greatest social innovation since the passage of the original Social Security Act of 1935," Senator Clinton P Anderson, Democrat of New Mexico, who was co-sponsor of the bill, said shortly after it passed. "The doctors claimed the fight was over government control of medicine. That wasn’t it at all. The fight was over whether decent medical care is a basic right–like the right to food, shelter, clothing and education. The people and Congress decided that it was. I guess it could properly be called the fifth human right."

I think Anderson and Harris have given us our marching orders. If we want to influence politicians, organization is a must. And decent medical is a basic human right. 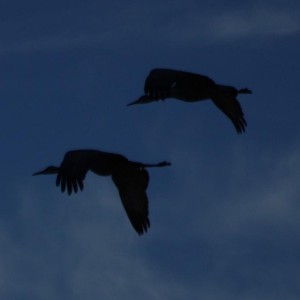 My hobby is music making with large lengths of brass tubing.