Nomi Prins is the author of the upcoming book It Takes a Pillage: Behind the Bailouts, Bonuses, and Backroom Deals from Washington to Wall Street.

So, now we officially know. After the federal government lavished $13 trillion worth of federal subsidies on the banks to keep the financial system from self-destructing, the Obama administration released details of its new ‘rules of the road’ financial regulations today.

The much pre-publicized white paper was supposed to contain the most sweeping overhaul of the financial system since the 1930s. But, unfortunately, Obama is not FDR.

FDR took on Wall Street full-force in 1933. His New Deal included the Glass Steagall Act, which separated banks into consumer (or commercial bank) and speculator (or investment bank) entities. Only the commercial banks, relegated to conventional, ‘boring’ activities, got federal backing. His reforms also allowed for independent audits of the banking system to ensure financial soundness (as opposed to taking just their word for it, which is what Geithner’s stress tests did) and established the Home Owners’ Loan Corporation to provide mortgage money to people at risk of foreclosure.

Obama’s plans didn’t even come close. They accepted the banking landscape, with its giant, complex firms, as a given, and went from there. To be fair, certain items like enhanced issuer accountability for loans and securitized products, greater capital requirements for banks, and relegating certain derivatives to exchanges, are useful tune-ups of the system. But, giving the Fed more power, creating an additional layer of bureaucracy through the ‘Financial Services Oversight Council,’ and allowing the biggest Wall Street players to maintain their status and size, is not reform. It’s more of the risky same.

The plan consolidates regulators and imposes more restrictions on certain securities. On the regulatory agency side: The Office of Thrift Supervision (OTS) will get the axe, an easy target being this was the entity that was supposed to have monitored AIG. Replacing the OTS, will be a re-named regulator, called the National Bank Supervisor that would take over the duties of the OTS and Office of the Comptroller of the Currency. How effective it will be in practice, and how many times it will butt heads with the Fed, remains to be seen.

The paper proposed the creation of an Office of National Insurance, to be housed in the Treasury Department. If it weren’t for the fact that many insurance companies, notably AIG, are classified as S&Ls, and others are housed within the bank holding company complex of firms like Citigroup, courtesy of the repeal of Glass Steagall Act in 1999, this might work. Since this isn’t the case, and the plan gave no mention to reconstructing the financial system, it’s unlikely that this Office will keep up with the industry it is supposed to monitor.

Obama’s plan does have some useful ideas on the securities side. Establishing a Consumer Financial Protection Agency (CFPA) to oversee mortgage and other credit related consumer products, ensure that loan originators retain 5% of their credit risk, and enforce the Community Reinvestment Act which encourages banks to make loans in disadvantaged areas are positive steps. To be effective, the CFPA must have the same power over enforcement and indictment that the SEC has.

On the subject of derivatives, the winner is Wall Street. The white paper says ‘we will propose to bring the markets for all OTC (over-the-counter, or traded between private parties) and asset–backed securities into a coherent and coordinated framework.” It does not say how or what the constraints of this framework or reporting requirements will be.

By limiting the derivatives that get included in the framework to ‘all standardized OTC derivatives transactions,” ones deemed too complex to be traded on this regulated platform, will still trade off-exchange. This is the bank-desired loophole, giving banks the ability to still create convoluted securities away from undue scrutiny.

But, the absolute, worst part of this financial ‘overhaul’ is giving the Fed any more power. The Fed should instead be slapped and audited for screwing things up as badly as it did. It has destabilized our future economic environment by approving all sorts of mega-mergers during the heat of the crisis last fall, instead of putting on the brakes.

Yet, the OTS gets annihilated for its screw-ups, but the Fed gets rewarded. Why? Because the Fed is the bankers’ bank. During the past 15 months, the Fed has amassed $7.87 trillion worth of facilities and other entities through which it has lavished cheap loans in return for questionable collateral from the banking system. It has kept the true nature of these transactions a secret despite numerous FOIA requests, and is the subject of HR 1207, legislation aimed at digging beneath the Fed’s lack of transparency.

With that kind of track record, the Fed shouldn’t be crowned the systemic risk regulator, in the supreme position of supervising the largest most interconnected firms. This is plain wrong. Rewarding an entity that didn’t perform its regulatory obligations to begin with, paid historically unprecedented sums to correct its mistakes, didn’t exercise its ability to contain the size of banks – blessing rather than questioning ones that would become ‘too big’ (to fail or to regulate), and shunned transparency, with a bigger seat at the regulatory table is not the way to stabilize and provide necessary responsibility to the system.

Rather than regulate a complicated industry by creating more layers of regulatory entities, and giving more power to the Fed, who deserves a stringent audit instead, the more lasting solution to financial chaos would be to restructure the banking industry itself: divide banks into consumer vs. investment bank entities, like the Glass Steagall Act did. This would establish simpler entities to regulate, alleviating the need for the federal government to play catch-up and subsidizer to ever larger, more complex firms. 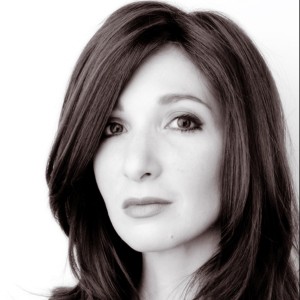 I'm a senior fellow at the non-partisan think tank, Demos, and author of: "It Takes a Pillage: Behind the Bailouts, Bonuses and Backroom Deals from Washington to Wall Streett", "Other People's Money: The Corporate Mugging of America" and "Jacked: How Conservatives Are Picking Your Pocket." Before becoming a journalist, I was an investment banker for over a decade: a managing director at Goldman Sachs and ran the international analytics group at Bear Stearns (R.I.P.) in London. I just completed my first historical novel, circa the stock market crash of 1929, and am working on a new non-fiction book.