Is your chicken stuffed with salt water?

A few years ago there was a lot of publicity and call for change to the labeling requirements for chicken. An all "natural" chicken could be anything but.

From the Center for Science in the Public Interest

"People shouldn’t be paying chicken prices for saltwater. But some unscrupulous poultry producers add as much as 15 percent saltwater—and then have the gall to label such pumped-up poultry products “natural.” Some in the industry euphemistically call chicken soaked or injected with salt water “enhanced chicken.” Of course this isn’t really about enhancing chicken, it’s about enhancing profits. Someone’s clucking all the way to the bank.

Adding injury to insult is the fact that these “enhanced” products are much less healthy for you than the natural, unenhanced versions, because they contain up to five times as much sodium. Sodium, of course, tends to increase blood pressure and the risk of heart attacks and strokes. Americans consume way too much sodium as it is, and the last thing we need is more sodium tucked surreptitiously into otherwise low-sodium foods.
I urge the USDA to put an end to this deceptive-labeling practice and allow consumers to make informed, healthful decisions. I thank Representatives Cardoza and Pickering for focusing their attention on this issue at a press conference in Washington today, and for their efforts to help Americans save a little money on their grocery bills."

Despite the outcry nothing has happened. Consumers get no respect.

Shame on our elected officials and the USDA for not taking action. What does it say about our political process that labeling is decided in a battle between chicken producers with the consumers and others who act in the public interest essentially ignored.

We all have to be more conscious consumers and raise our grocery IQs. You are not saving any money if the cheaper chicken is 1/3 water and salt. Not too mention what the added salt does in terms of health issues.

I love fried chicken and brining is a part of many delicious recipes. Added salt and water should be the preogrative of the cook not the chicken producer. 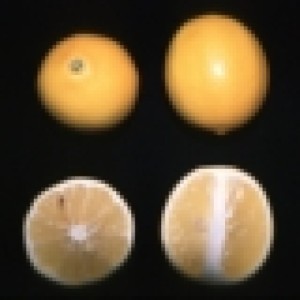 Is your chicken stuffed with salt water?