“The Sahawa [Awakenings] movement is Sunni,” Major Humphreys said, “but the Sons of Iraq program is divided between Sunni and Shia, about 60-40. It’s 60 percent Shia and only 40 percent Sunni. This is what bugs me about the media. Sons of Iraq is constantly referred to as a Sunni movement, but it’s not. The Sons of Iraq are functioning very well in North Adhamiyah, and they are Sunnis and Shias working together. It’s not being well reported at all, and I’ve tried on numerous occasions to get reporters to see that, but people at the bureaus still see Sons of Iraq as the Awakening movement. But it’s not true.”

In The Future of Iraq, Part II, Michael Totten has written up a series of interviews he conducted with American officers during his recent trip to Baghdad. "The Future of Iraq" doesn’t emerge as a clear picture. Depending on the officers he’s talking with, it’s a mixed bag of patient perserverance, some pretty grim limitations on the immediately-possible, pride in progress over the past couple of years, and optimism with a heavy dose of realism.

Some of the most interesting bits describe the Americans’ views of how far the Iraqi Army has come and whether it’s a credible force.  Here’s just one example.

Iraqis didn’t think the Mahdi Army was beatable. As the battle began, neither did most American journalists or foreign policy analysts. It’s hard sometimes to be optimistic about Iraq. It takes effort for me even today. But pessimists have been proven wrong repeatedly during the last couple of years just as optimists were proven wrong again and again during the first half of the war.

“Before Sadr City broke out,” Major Humphreys said, “the Jaysh al Mahdi was seen as this mystic, mythical beast that was beyond the realm. It threatened them every day. It was incredibly vicious and undefeatable. So when these Iraqi Army units started moving, they were overcome by fear. But then they realized they can stand up to these guys. They have the capabilities. They have the training. They have the equipment. And they have the support from coalition forces to actually win. They can actually fight and win.”

“And without that support,” Ramon Lobo from El País said, “it would be very difficult.”

“Then yes, now no,” Major Humphreys said. “They needed our direct support. They needed us to shore them up. They needed us to put our arms around them and hold them up. But now, not so much. They operate independently in Sadr City right now. They own North Sadr City, which is two-thirds of the entire city.”

“How long did it take them to take it back?” I said.

Still, even the most upbeat know that the US withdrawal isn’t likely to be incident-free.

“Iraq is about to experience a power vacuum,” I said, “when you withdraw from Iraqi cities.”

“Exactly,” he said. “When we leave and transition all of what we do now to the Iraqi security forces, will there be a spike in activity? Absolutely. One hundred percent.” …

“Yes,” Captain Boyes said. “There will be a spike in violence. They’re going to want to test the new Iraqi Security Forces. What is their reaction to an attack going to be compared with what it is now? How will the Iraqis operate independently? It should be up to the media to portray this as something expected. There will be a spike in violence because the insurgents are going to test the Iraqi Security Forces, but I have complete faith that the resolve of the Iraqis will be there.”

“You guys expect a spike in violence,” I said, “but think Iraq will be okay anyway?”

“You’re optimists compared with some of the people I talked to last week,” I said.

It’s a long, leisurely read. Totten doesn’t try to force his interlocuteurs’ stories into "his" narrative or use them to represent artifical "opposing points of view". Instead, he lets the guys talk about operations, about what they see in the future for Iraq.  A useful look-back at the last couple of years and a highly readable update on how Totten sees conditions in Baghdad.

UPDATE: I would be remiss if I didn’t point you to a helpful post by motown67 at my main blogging home, American Footprints.  He crunches numbers and looks at calendars to calculate barriers to the US remaining on the aspirational withdrawal schedule publicly embraced by both the Maliki and Obama governments. 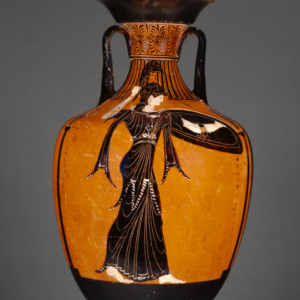