We need your organization’s letter of support for the Uniting American Families Act by Monday!

Amos Lim
0 0
We need your organization’s letter of support for the Uniting American Families Act by Monday! Amos Lim 2009-05-29

I hope you are doing well.  Please accept my apologies for this mass email.  Same sex binational couple’s immigration is one of the many issues that I have been working on for the past 10 years…. it will be 10 years to the day on 31st of May when I was finally able to land in the US of A to be with my husband after spending 4 years apart in 2 different countries.

One of the main reason it took four years for me to be able to come here was because as an American, my husband does not have any rights to sponsor me for a green card.  In fact, for the first few years that I was here, we had to keep our relationship a secret because we were afraid that if INS (it is called ICE now) found out, I could be classified as an overstay risk and be denied entry back into the states as I was on a student visa.  Human Rights Watch estimated that there are at least 36,000 couples living in the US facing this struggles.  This statistics does not include couples being forced to live in separate countries or couples being forced into exile.

I have been raising awareness about a bill introduced in congress called the Uniting American Families Act (UAFA) since it was introduced in 2000.  Now finally, after 9 years of speaking out and raising awareness, Senator Patrick Leahy is finally going to hold a hearing in Congress about the bill.  If you are interested in learning about the bill, you can find them here: http://tinyurl.com/aboutUAFA

This year, I feel that we are finally at a tipping point and the bill is finally getting some traction.  Sen Leahy is going to be holding a hearing about this bill next week and Rep Mike Honda is going to reintroduce the Reunite Families Act which will include language of UAFA in the bill.  We are also hoping that when Comprehensive Immigration Reform is introduced next month, LGBT Families will be included under the definition of families for family reunification purposes.

That said, we just heard word from Sen Leahy’s office that he want to have letters from organizations in support of this bill.  I am now reaching out to you to urge your organization to write a letter of support for the Uniting American Families Act address to Senator Leahy, Chair of the Senate Judiciary Committee.

The guidelines that for the letter should be as follows:

Paragraph 1 should be about who you are as an organization, and why you care about UAFA.

Paragraph 2+ should be the distilled essence of your organization’s personal stories. Focus should be more on immigrant rights, rather than those of the American citizen  and/or same-sex marriage.

Can you spare a minute of your time and get your organization to sign on to support UAFA?  I feel that this year is the best year to pass this legislation and I need your help.

Please feel free to contact me if you have any questions.  I look forward to getting your support for this bill. 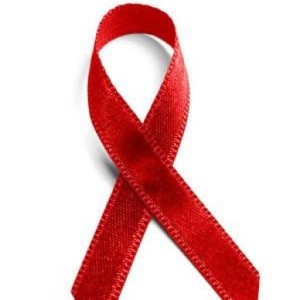 We need your organization’s letter of support for the Uniting American Families Act by Monday!