Stuck Inside the GOP With the Lincoln Blues Again

A guy named Mark Levin is another radio personality in that grand tradition of conservative demagoguery symbolized by rush and savage. The other day Mark had a delightful tete-a-tete with a caller:

CALLER: I just wanna say, Obama is a lot smarter than you folks give him credit for. You guys were on a roll, I have to admit, with all those tea parties. Everything was rolling along, the Republicans were gaining momentum. And he managed to change your entire conversational focus. And you let those three hundred thousand people —

CALLER. Yeah but you know he can just move those people over here anyway. He’s already doing it with the one guy.

LEVIN: Yeah, sure, he can do whatever he wants. Let me ask you a question. Why do you hate this country?

CALLER: No, I love this country.

CALLER: Well, he seems to, he just moved (inaudible).

LEVIN: Answer me this, are you a married woman? Yes or no?

STUCK INSIDE THE GOP, WITH THE LINCOLN BLUES AGAIN!

With all sorts of talk

But all he does is balk

And Republicans treat him kindly

Cause his ratings really rock

What more can they do

With the wares they have to hawk?

Well Buckley’s in the graveyard

With his flare and Yale Degree

Speaking to this George Will

And I would send a message

Asking if the pitcher really balked

But his writings have turned toward Cheney

And his freedom door is locked

Colin tried to tell me

To stay away from rush’s line

He says that all the republicans

Are not of the radioman’s kind

And I said "Oh come on now

All the party leaders honor rush

Will be silenced and then crushed

Gingrich has lost his mind

But he’s still invited to talk

To hordes of right wing nuts

Drinking the ’50’s on the rocks

But now he takes on Pelosi

Who has the job that he once had

But as his hypocrisy abounds

(Hats off to B.Dylan, Memphis Blues)

Going off the rails on a crazy train

California Poison Control Center to Close Due to Budget Crisis 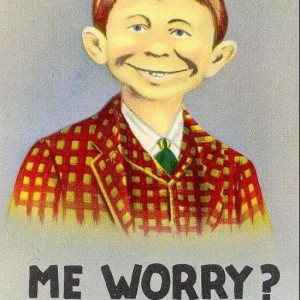 Stuck Inside the GOP With the Lincoln Blues Again