If Virginia Democrats were intent on reversing the gains the party has made in recent years, they could probably do no better than return to the old ways of doing things. This Mother Jones article lays the blue-print down.

1. Value money above everything else – especially principles.
2. Lie when you are caught. Hell, sometimes lie just because it’s all part of the Party!
3. Never stop grinning and acting the fool. Shamelessness is key!

Virginia Republicans are a sad, sad, lot. They cannot keep a chairman, they’ve lost 2 United States Senate seats, a few House races, the Presidential race and their majority in the House of Delegates is looking pretty dicey. But if Democrats wanted to throw Republicans a life-line, they could do no better than bring the old ways back.

Look at all the good things Governor Schweitzer has done.

As Governor, Schweitzer is an active member of the Democratic Governors Association. Prior to becoming Chair, he served as the organization’s Vice Chair, Finance Chair, and Recruitment Chair.

As a result of Schweitzer’s efforts, Montana’s electrical generation capacity[14] has increased more during his term as Governor than the previous 16 years combined.

On May 3, 2006, Schweitzer granted posthumous pardons to 78 persons convicted of sedition during World War I for making comments that were critical of the war. These were the first posthumous pardons in Montana history, but the convictions had become notorious in recent years because Montana’s sedition law had been one of the broadest and harshest of its time: one man went to prison for calling food rationing a joke, while others were targeted because they refused to physically kiss a U.S. flag or to buy Liberty Bonds. At a public ceremony attended by family members of the pardon recipients, Schweitzer said, "[i]n times when our country is pushed to our limits, those are the times when it is most important to remember individual rights.

Meanwhile, as the governor of Montana apparently ponders a Very. Bad. Move, a former governor of Virginia weighs in.

Doug Wilder, on WTOP, suggests to primary voters in Virginia that McAuliffe will be carrying some baggage in the general election

And that’s being kind.

I implore you, Governor Schweitzer:

PLEASE DO NOT DO THIS. THINK IT THROUGH.

At this point, this is a RUMOR, but NLS isn’t the only source for this on my end. Suffice it to say that my email just went batshit.

Please take a moment to ask Governor Schweitzer to reconsider!

Please, Governor Schweitzer. I beg of you.

VIRGINIA CAN DO BETTER! 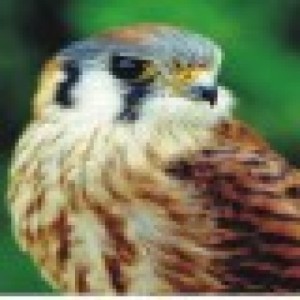