I’ve been mostly unimpressed with the shots they’re taking at the new President, but I can be thankful for what they’re going ballistic about now.

Say–you ever been in a bad relationship where, for whatever strange reason, you just outclassed your partner in the fighting department? Whatever the subject was, you often felt guilty for seeing quickly or being automatically handed the means to wipe the controversy out in a few words?

It’s some good bad. See if this brings up any those mixed feelings for you: the nasty-mouths on the right have figured out Barack Obama is the biggest dunce on the planet. Because Dumbshit uses a teleprompter.

‘Really, honey, I can’t even believe we’re talking about this. You cannot be serious–he’s an idiot because he uses a teleprompter? A teleprompter? You really believe that?’ (…and there ends the extended simile because there’s no way I’ll continue pretending I would undress any of these weirdos.)

Thers culled some quotes from Hot Air rich with the headiness that hangs in the air after a rout:

–"bwaaahahahhhahahaa…. Laura Ingraham wondered if he gets ‘tennis neck’ from reading his precious teleprompter so often…"

–"Heh, I especially liked when Rush asked the Teleprompter several questions during the show, great stuff!"

–"Hussein is a complete idiot, empty suit and parrot in addition to his other faults. Now the dimtards see it and they are EMBARRASSED."

Thers then crowned the idiocy with a post about the Irish P.M. following Obama up to a podium and re-delivering about 20 seconds of the President’s just-fresh comments after the teleprompter simply re-loaded.

“That’s your speech,” a startled Cowen said to Obama. “Why don’t these things work for me? Who said these things were idiot-proof?”

Obama followed with a Kennedy-esque quip:

…[when he] returned to the podium he returned the favor. “First, I’d like to say thank you to President Obama,” Obama said to much laughter.

No, the ‘victors’ did not bother to get it:

–"NOTE: Liberals need to learn that a teleprompter is NOT to be used in place a a brain."

–"By showing how fallible the man truly is, perhaps we can have serious debate about his policies and not a bunch of Obama-lemmings enabling him to do things that are bad for the country. His media-made aura gives him protection against criticism… As for you, I’m sure you’re just happy to ignore the ‘man behind the curtain’. Er, teleprompter." –"The real story is the cover-up by the Obama team to make sure the press didn’t publish the video. He is NOT a great speaker, he is a great reader. Without the telepromptor he is a bumbling idiot."

Barack is the bumbling idiot, I see. This sort of genius from the right isn’t new, but this ‘nearly a mute’ attack sure is. How the hell did we ever get to the point that they’re going after one of the most historically eloquent, thoughtful, language-savvy Presidents as if he were some forensics flunkie?

Would you believe it’s George W. Bush’s fault? Mr. ape-gut-think is being missed sorely by people who felt comfortable without the perhaps burden of contemplation. And poor phlegmatic Maureen Dowd, she is surely one of them. It was her re-posted opinion that got the monkeys at Hot Air hucking so much poo.

"Barack Obama even needs a teleprompter to get mad…

…Mr. Obama is still having trouble summoning a suitable flash of Irish temper at the gall of the corrupt money magicians who continue to make our greenbacks disappear into their bottomless well. He’s got to lop off some heads."

Never mind the New York Times posting, she’s never been one for rational dissection or analytic gymnastics by her politicians. She apparently likes ’em (the men) to be the instantly knowing and roughhousing types–long on action and emotion, the great American traditions (her dear old Dad, I’m betting). And therefore short on grinding out policy, or sitting with a complicated much of anything, especially a new issue or idea. Real politics are about killer instincts and fireworks.

The brilliant but flawed lawyer John Edwards ("a Breck Girl") was a favorite and telling mark for her:

"It isn’t like we didn’t know that the son of a millworker was a little enraptured by himself, radiating self-love from his smile and his man-in-a-hurry airs and the notorious $800 bill for a pair of haircuts and his two-minute YouTube hair primping to the tune of ‘I Feel Pretty.’

Certain men assume that power confers sexual privilege. And in American politics, there is an eternal disjunction between character and achievement. Sinners do good things, saints do bad things."


That was a compliment, believe it or not–brainy Breck girl was flawed, so he predictably tried to do good. Not that it’s easy to pick up that thread with the shag sneering carpeted wall-to-wall. Even harder to pick up on what she’s actually disappointed with or dismissing: being good but flawed, or being a ‘girl’. Predictably, there’s nothing in her writing to divine his perceived effectiveness as a politician or policy guy.

Of this, though, we can be accurate–the derision for ‘sinning’ is just a veneer. In the world of the eternally cheap, simple and coarse, or ‘politics’, there’s no real difference between what the lauded columnist did and does and what the keyboard knee-jerks are doing. And the game is so old and effective, at least among the simplest of us, there’s no need to transcend it. As long as you feel like you can land a nut-sack shot, you win. That’s why veterans just start by aiming there:

Mistress Hillary started disciplining her fellow senator last winter, after he began exploring a presidential bid. When he winked at her, took her elbow and tried to say hello on the Senate floor, she did not melt, as many women do. She brushed him off, a move meant to remind him that he was an upstart who should not get in the way of her turn in the Oval Office.

He was so shook up, he called a friend to say: You would not believe what just happened with Hillary."

No. Actually, it was the former President that was a sonuvabitch politician and rotten American: just look at the country and you can see the evidence everywhere. The convenient fantasies you have of the President that serve as fodder for your ‘writing’ (or barring that, ‘sexual politics as blogging’) are as impotent as your projection is.

Thoughtful analysis and communication matter: that’s why ‘brilliant’ Presidents do well. Hard to believe that even needs to be pointed out, honey. 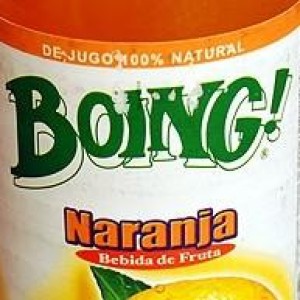