A Truth Commission?
The Danger in Democrats’ Rush to Investigate
By David B. Rivkin Jr. and Lee A. Casey
Tuesday, February 17, 2009; A13

A growing chorus of critics is demanding the creation of a special commission to "investigate" the Bush administration’s alleged abuses of power, especially prosecution of the war on terrorism. Senate Judiciary Committee Chairman Patrick Leahy called for a "truth commission" last week, and House Judiciary Committee Chairman John Conyers Jr. has introduced legislation to establish a National Commission on Presidential War Powers and Civil Liberties.

For his part, President Obama has reacted coolly to calls to investigate Bush officials. Obama is right to be skeptical; this is a profoundly bad idea — for policy and, depending on how such a commission were organized and operated, for legal and constitutional reasons.

What do you mean, "legal and constitutional reasons"? If you can handle the legalities of extraordinary rendition, waterboarding and other types of torture, surely setting up a commission will be straightforward enough.

There is nothing new about "blue ribbon" commissions. Notable examples are the Warren Commission, established by President Lyndon Johnson to review the circumstances of President John F. Kennedy’s assassination, and the Sept. 11 commission, organized by Congress to consider the intelligence and security failures surrounding the events of that day in 2001.

See? We’ve had lots of practice. As for policy reasons, what better policy is possible than convincing everyone (and we’re talking citizens of the USofA here) where the limit of lies lays?

Because let’s face it…you’re going to teach folks that whether you investigate and prosecute, or you let it all hit the floor in history’s cutting room.

The Constitution requires that anyone exercising significant authority under federal law be appointed by the president with the Senate’s advice and consent, or by department heads or the courts in the case of lower-level officials. So the commission would be unlawful if it served anything but an advisory role.

Actually, Article I, Section 8 on the limits of Congress’ power says it has the power

To make all laws which shall be necessary and proper for carrying into execution the foregoing powers, and all other powers vested by this Constitution in the government of the United States, or in any department or officer thereof.

That means they can take steps designed to compel the government of the United States, or any department or officer thereof to fulfill its legally and Constitutionally mandated duty to establish justice, ensure domestic tranquility, provide for the common defense, promote the general welfare, and secure the blessings of liberty for the citizenry…all tasks the previous administration has failed miserably at. The form and means of that failure include certain war crimes the criminals not only voluntarily confessed to, but bragged about and defended before…literally…millions of witnesses worldwide.

The separation of powers also requires that officials exercising executive authority, such as the power to investigate potential violations of federal law with a view toward prosecution, be subject to presidential removal — at least for good cause.

Actually, the seperation of powers requires the President be unable to effect the operation of Congress in any way outside of vetoing legislation. I base this on the plain-text meaning of the word "separation."

I defy our legal eagles here to support their position on this in less than 1000 words. Ideally some of those words would come from the Constitution, but I’m willing to bend a bit so that the entertainment can proceed.

A commission designed to investigate alleged criminal conduct by particular individuals — especially a commission with subpoena power — also raises serious concerns about due process that could render it unconstitutional.

"Could", huh? So we’ll just take steps in designing it that insure it doesn’t. Like using Congressional subpoenas, which we have extensive experience with.

I mean, that "could" means Messrs. Rivkin and Casey know it is possible to set up such commissions to pass Constitutional muster.

I’ll say this, though: I would much prefer this come from The Department (they don’t get to call themselves the Justice Department again until the do us some justice). This Congressional investigation thing is a distant second, but nothing else even comes close. 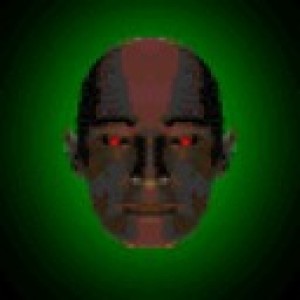