An incident that happened in a mall in San Antonio:

Two women who happened to be lesbians were harassed and finally arrested because they dared to kiss within the mall.

The mall authorities have expressed no remorse.

This would never have happened to a heterosexual couple who kissed at a mall.

Excerpts from the article below the fold:SAN ANTONIO – Jessica Garcia intends to prove in court that security officers at Rolling Oaks Mall unfairly targeted her and her girlfriend when they were arrested in December on trespassing and other charges.

Garcia said the officers – a Bexar County sheriff’s deputy and an employee from a private security company – began harassing them Dec. 26 because her girlfriend gave her a kiss on the cheek while sitting inside the mall on a bench.

Mall officials said the women, both 22, were acting inappropriately and were told to leave because they were not complying with the shopping center’s code of conduct.

Danielle Pardue, the mall’s marketing director, denies the women’s claims of discrimination and said security officers would evict anyone found kissing in the mall, regardless of sexual orientation.

“If our security officer feels that is disruptive to our shoppers and our business, then they have that authority to make that determination,” she said. “It’s their responsibility to make sure our shopping place is an enjoyable shopping place for everyone to be.”

Pardue also stressed that contrary to what the women claim, they weren’t arrested because they were kissing, but because they re-entered the mall after being told to leave.

She was scheduled to appear in court today, but her lawyer had to postpone the date for later this month. 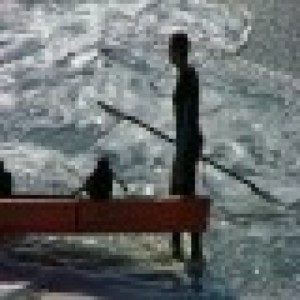