There is a great op-ed, Counting Out Women, by Melissa McEwan published yesterday in the Guardian (UK) about Chris Matthews and the general idiocy in the US media (not to mention a huge hunk of the blogosphere) about some parts of the original economic stimulus package, in which she specifically addresses the segment from Hardball that I posted about yesterday at my blog.

I was already pretty teed on this attack on family planning, but Melissa’s piece got me even more riled up. Matthews is a lost cause, but what about all those male bloggers, supposedly on our side, who have joined the chorus that family planning, or contraception (not exactly the same thing, you know) is divorced from economic issues, or (!) somehow “controversial.” Are they really that dense?

According to Matthews, the only thing “real people” can “see” are infrastructure projects and the jobs they create – which, as has been pointed out by Linda Hirshman and discussed by Echidne here, are jobs that will disproportionately benefit men. Funding for family planning (arguably) primarily benefits women, rendering it, in Matthews’ estimation, a pointless waste of money.

Subsequently, after Wexler explains that family planning “saves, if done correctly, an enormous sum of money down the road in the healthcare system” – Matthews ignores wholly that planned and wanted children born to non-addicted women who seek out prenatal care are generally healthier children, dismisses out of hand the importance of choice, and instead accuses Wexler (and, by extension, the Democrats) of advocating “a policy of reducing the number of births”.

“It sounds a little like China,” he notes, conflating the Democrats’ plan to provide women a breadth of reproductive choices with a state-mandated reproductive limitation which has resulted in the mass murder and abandonment of female infants.

Wexler was one of the few voices, male or female, that was allowed to even push back on this nonsense on corporate media. So I suppose good for Matthews for making that possible — but it was obviously just a way for the host to make his point, if you want to call his babbling about China and infanticide a point relative to the legislation under discussion.

It is clear that conservatives would like to set up contraception now as something controversial, even shameful. They need a new pet issue to whip up their braindead base over, to keep the coffers full and the ballots filled out as instructed from the pulpit. You wait and see.

So to all the so-called liberal boys who got right on board with the GOP’s misogynist agenda, because family planning money fills clinics instead of building them, don’t wonder later how you got played once again by the culture warriors. Just read your own archives. 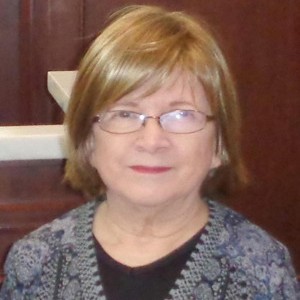