Sarah Palin does not distinguish between the private and the professional. As such, she blurs boundaries. This leaves her open to continual ethical lapses.

Most professions offer some training in ethics. But an ethics code, no matter how detailed, is no substitute for extensive training in ethical decision-making. And many people who enter politics may stumble seriously for lack of sensitivity to ethics. Awareness of boundaries and the ability to draw firm boundaries goes a long way toward protecting oneself from ethical lapses. I doubt politicians get any training in that. And then we’re just left with the person’s own ethical understanding. That, to my mind, is exactly why character and temperament are so important in picking leaders.

What follows is a list of general problems, which may arise from a failure to draw boundaries (borders) between professional roles and duties versus private or personal roles and duties. Many of the examples in this list relate to Sarah Palin specifically, but they are typical of the kinds of problems any politician, bureaucrat, or other professional might face.

2. Palin’s excuse for why her husband was involved in dealing with Walt Monegan (the Commissioner fired in Troopergate) is that she and Todd are “so close.” He’s always “helped her in her political roles.” Thus, he inappropriately had access to personnel files. And there were breaches of confidentiality. He often sat in on state meetings. Not appropriate. He’s not sworn in to an office, but is simply “meddling” in government. Imagine if Palin had a federal job with a security clearance and violated that security boundary!

3. When a politician mixes personal and professional roles, he or she is not looking out for the citizens’ interests so much as for his or her own. We see that in the Palin’s per diems (for staying at her own home) as well as in charging the state for her family to fly around with her at state expense. Failure to pay her taxes or considering that paying taxes is “not patriotic” is a similar problem of a greater magnitude.

4. Drawing boundaries helps a person make ethical decisions. Depending on one’s role, there are role-specific obligations. It seems that Palin is unable to recognize that professional obligations – in her role as governor – supersede family ties. Or that her obligations to the voters and to the law supersede her own needs or preferences as a private individual.

5. On the other hand, failure to see such boundaries also leads Palin to “use” her children as political props. She fails to see that her responsibilities as a parent supersede her desire to show off a family or seek votes based this or that family member.

6. Lack of drawing these ethical boundaries has gotten Palin into other hot water. And there is also another ethical/legal issue that she is facing in addition to the just concluded Troopergate investigation. In Alaska a government official cannot speak publicly for or against a ballot initiative. But she did that! She excused herself from this law, she assumed, simply by saying something like, “Well, I’m just going to take off my governor’s hat and talk to you as a private citizen.” And she gave advice about how to vote and that swung the vote! So now she’s facing that problem too. And it is completely due to her lack of awareness of boundaries and ability to draw them. (link to come)

7. For positive examples of drawing firm boundaries, you could look at the other side of it by noticing how Obama does draw boundaries. And does that very well. Result? No drama. No professional messiness. Someone who can protect his children and let them have as normal a childhood as possible. With limit-setting.

8. Cronyism is, in essence, a failure to draw boundaries. You see that with McCain as well as with Palin. She promoted people from high school and her church. People who had very little background for the job. But she liked them and felt comfortable with them. I could imagine Palin fitting very well into the cozy crony-dominated campaign of McCain, who also does not distinguish between private and professional.

9. Letting McCain’s campaign run the “Troopergate” interference provides further examples of boundary lapses. Palin fails to take note that as a governor, she has an obligation to her state. She can’t just turn over her responsibilities to someone else, who is not sworn to state office. And let them have information that is confidential and pertains to state matters. And she can’t let that other party make decisions for her, with regard to addressing a state-generated investigation, where she answers to the legislature, not to another entity like a national campaign. The number of boundary crossings (messy boundaries) in the Palin situation is really beyond belief at this point! What with investigations ongoing and a campaign meddling in them, my Ethics Meter says: Yikes!

10. In my view people who can draw boundaries have one of the single most important qualities of a good leader or good supervisor, no matter where they might work. These are people who grade fairly and treat students or employees or children equally. Who can place professional responsibilities above personal needs. Who recognize that authority is not a power to wield but a responsibility one discharges. That the one with greater power always has greater responsibility to draw boundaries and exercise special care for those they serve or who serve under them.

11. Persons with certain character disorders, particularly narcissistic individuals, who lack empathy for others (e.g. cannot put themselves in the shoes of others), seem particularly prone to problems with ethics and boundaries. To begin with these individuals tend to overvalue themselves and believe what they are doing is right and proper. They may refrain from second-guessing themselves or seeking advice as to the appropriateness of their behavior. This puts them at a disadvantage when making decisions. If they happen to be a politician, it then puts the voters, We The People, at a decided disadvantage. When a politician, or indeed any professional, puts his or her own personal needs above professional duties, the fiduciary responsibility of the person in power is sacrificed on the altar of selfishness. The politician has failed society and indeed his or her oath of office.

To my mind, when it comes to the presidency, the Oath of Office is the single most important duty. That oath is to The Constitution. Once again, since few politicians get any training in political ethics, we are left with the person’s own ethical understanding, which is exactly why character and temperament are vitally important in picking leaders. 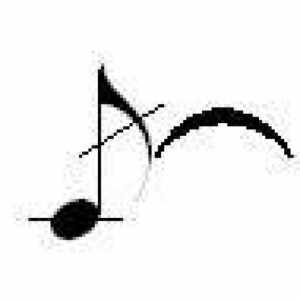