Today’s Book Salon at FDL was memorable. My purpose in posting this diary is to encourage all who missed it to go and read. The book discussed is "Barack Obama and the Future of American Politics", by Paul Street.

It was hosted by Glen Ford, and even though I haven’t read the book, the name “Glen Ford” drew me in, because I’ve read his writings at Black Agenda Report. Thus, I was particularly interested in his comments. And, they are important ones. I give highlights below, and add apologies to all and to everyone whose comments are not highlighted here.

Selected comments from Glen Ford, in response to comments and questions at FDL. (I give the links to his comments- scroll up from the link to see the particular comment or question.) —

Glen: I’m the executive editor of BlackAgendaReport.com (BAR), a weekly political journal that’s been operation for two years. Prior to that, the BAR team comprised the writing team of BlackCommentator.com, which I co-founded in 2002. My news background stretches back to 1970, with my first gig as a reporter at James Brown’s radio station in Augusta, Georgia. Comment link

Glen: Paul, please answer a question from me, before you tackle the audience. Barack Obama is credited with convincing a significant number of congresspersons to switch their votes and accept the second bailout bill, Friday – including as many as 13 Congressional Black Caucus members. How does Obama’s campaign rhetoric jibe with his actions during the financial crisis? Comment link

Glen: This is Glen. You have no reason to feel optimistic, in the short run. Capitalism is in terminal crisis, yet there is little coherent opposition to corporate rule – certainly not in the Democratic Party, as we have just witnessed. What is to be done? EVERYTHING awaits doing. Comment link

Glen: I give athletes credit for doing what they do. But we are way beyond the Jackie Robinson era. The purpose of Black politics is to empower Black people, not to make other people feel good, or even to create “role models.” Barack Obama is the anti-”Black Politics” politician. He is perceived as the “anti-Jesse” and the “anti-Rev. Al” – which is part of his appeal to those whites who fear and loathe that “type” of Black person.I would rather not subject decent, hard working athletes to the unsanitary, uncivilized influences of racial politics. Comment link

Glen: The “generational clash” in Black politics is vastly overblown. The theory is pushed by corporate actors, who claim Blacks are becoming more conservative as they become more middle class AND that younger Blacks are more conservative than their elders, who are “trapped” in the Sixties. However, when Blacks are surveyed on their basic political stances and attitudes, little or no generational differences are evident. In some cases, younger Blacks’ attitudes can be considered more militant than their “boomer” elders – which should be expected, since that’s a property of youth. The “evidence” for a generational gap can only be found on the elected official front, which is quite logical, since for the past decade corporations have pumped unprecedented funds into intra-Black electoral races – which was quite rare before the mid-90s. Comment link

Glen: Re draft: My belief is that the whole “contract” between the American people and the Lords of Empire would dissolve the second it appeared a draft might be in the offing. The U.S. military seems to agree; that’s why they don’t want a draft. I was in the 82nd Airborne Division ‘67-70, when the line units were 60% Black. The brass don’t want that kind of Army, anymore. That’s why they pushed for – not resisted – all-volunteer. Comment link

Glen: This is Glen. Goodnight all. Buy Paul’s book. I enjoyed your company. Visit us at www.BlackAgendaReport.com. Big thanks to the good people at FireDogLake. Comment link

Full disclosure: I will vote for Obama. But the discussion at Book Salon is an important one. 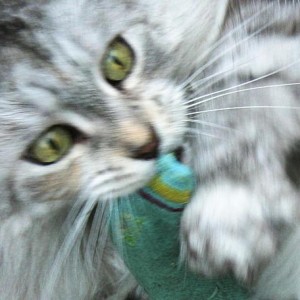