Anheuser-Busch and the lost of middle America

This Bud isn’t for you.

I understand that the board of directors of a corporation is only responsible to it shareholders but it seems to me that there must be more.  Anheuser-Busch was recently sold to InBev, a Germany company for a gazillon dollars ($52 billion).  The stockholders, including Cindy McCain, are doing a victory dance.  Everyone is happy.  InBev gets to decrease competition.  Upper management and stockholders of Anheuser-Busch get to cash in.  Yahoo!  Everybody dance.

What?  Who is that?  It seems there are some folks that aren’t dancing, again.  American Workers.  The employees of Anheuser-Busch aren’t dancing.  InBev is going to cut costs – their specialty.  Cutting cost is business speak for firing workers and making the workers who stay work harder for less money.  This is a very common scenario.  We, Americans, should be use to this by now.  We have seen companies buyout other companies and then institute “cost” savings.  Wall Street loves this.  The stock usually will skyrocket and folks with money will make more money.  Unfortunately, everyone doesn’t benefit from these buyouts.  Usually, a handful of people will make truckloads of money and several hundred to several thousand are out in the cold.

I use to live in St. Louis, the former home of Anheuser-Busch.  The gateway to the West is going through some significantly tough times.  If you drive into Downtown from the west on one of the interstate highways (if you drive in from the east do not stop, you are going through East St. Louis.  It makes St. Louis look like Beverly Hills), you will notice exactly what I’m talking about.  There is an area just outside of downtown which is completely abandoned.  There are huge factories and warehouses which are showing their age.  They speak of a time when St. Louis was a vibrant city.  That time has long since passed.  The companies that owned these buildings have moved on or gone out of business.  These buildings cry out for help from a wrecking ball and a bulldozer.

One of the last major employers in St. Louis is/was Anheuser-Busch.  If you haven’t toured the plant, you should.  It is amazing how much beer those guys turn out.  The operation is very impressive.  It is also clear that the workers are/were proud to be employed there.

I bought my first house in St. Louis.  The guy who lived across the street from me in this new sub-division in the middle of suburbia was a truck driver.  He had been working for Budweiser for over 30 years.  He was in the house of his dreams with his wife of over 30 years.  They were living in a golf course community.  This was/is the American dream.  This is what is suppose to happen when you work hard and save your money in America.  But more and more, the American dream has been sold to the highest bidder.  Wages are cut.  Benefits are slashed.  Workers are fired and asked to “re-train” and a few at the top make out like bandits.

Do major corporations have an obligation to the community in which the reside?  Without the labor of that community could the corporation have prospered?

In order for America, to make it in this new Century, we have to make things.  We have understand that we are all in this together.  If the workers are making money then management is making money.  It has to be a partnership in order for everyone to benefit. 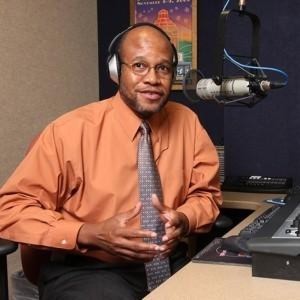 Anheuser-Busch and the lost of middle America