WFMY News 2 (Greensboro) did a wonderful story (video here) on my two good friends and mentors Gary Trowbridge and Frank Benedetti, a couple whose been together for decades. They are looking forward to a legal wedding in California. The state started legal marriages for same-sex couples yesterday at 5 p.m. (PST).

The Rev. Ron Baity of the extremely anti-gay Berean Baptist Church in Winston-Salem was also interviewed for the story:

Legalizing their union is a prospect deeply troubling to Pastor Ronnie Baity. “The truth of the matter is God says it’s sin, and that should settle it, that should solve the issue once and for all,” said Baity.

He aims to rally other churches behind defining marriage in North Carolina as between one man and one woman. “If we don’t stand up for the values this nation was founded upon, our nation’s going down the tube,” says Baity.

Pastor Baity points out North Carolina does not have an explicit constitutional amendment defining marriage as between one man and one woman. He hopes to change that.

Baity and his church have been involved in the fight against the full recognition of LGBT Americans’ human dignity and civil rights for a while. He was instrumental in helping the Thomasville, N.C. City Council and the Davidson County Board of Commissioners pass resolutions calling for a statewide anti-LGBT, anti-family marriage amendment.

Just a sampling of the hateful bile he spewed at the Thomasville City Council:

The truth of the matter is the Lord Jesus Christ said marriage was between one man and one woman… You can’t make anything else out of that. God had an urban renewal program for Sodom and Gomorrah because they were caught up in that…

Baity was also instrumental in organizing the thousands strong throng of hateful, blind sheep at the N.C. General Assembly in March 2007. Their cries of “Let us vote!” sounded eerily familiar to the audio recorded screams of joy from the blind followers of late-1930s Germany. 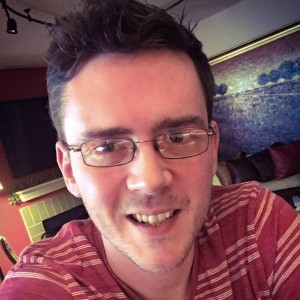