UPDATE FROM PAM: You can read more about Langford at Birmingham Blues. Kathy said the latest information, directly from Rep. Patricia Todd, who has spoken to Langford and he has either reversed his position or is spinning it this way:

Mayor Langford did not say he would deny a parade permit. He will leave the approval process to the police department. This can be a great educational opportunity for the community.

Unbelievable. Birmingham Mayor Larry Langford is refusing to issue a permit or a mayoral proclamation for next month’s gay pride festivities for Central Alabama Pride. Isn’t it 2008?

Birmingham News: Birmingham Mayor Larry Langford won’t sign a proclamation for an annual gay pride celebration or allow banners on city property, and said he will not grant the sponsoring group a parade permit.

Langford said he turned down the requests this week from Central Alabama Pride because it is inappropriate for government to endorse a lifestyle. Pride Week is next month and often includes a parade on Southside and other events.

“My policy is don’t ask because it’s not my business, and don’t put me in the position to make it my business,” Langford said Friday. “I don’t condone it, but I also am not sitting in judgment on anyone.”

“It doesn’t hurt my feelings, because we’re not politically on the same page. I’m offended more so,” said Ronald Simoneau, a participant in the parade since 1989. “It’s a slap in the face to the gay community, to just shrug us off like we’re not important.”

He said he learned of the mayor’s decision in an e-mail sent to an event organizer.

Simoneau, also known as “Libertee Belle,” said past mayors have signed the proclamation and allowed the parade. Refusing such an innocuous request sends a message of intolerance to a significant population of the city, he said.

“I did the first gay pride march in 1989,” Simoneau said “At that time, even the police were a little worried then, but we’ve never had a problem at all.”

Langford cited his support for increased funding for AIDS outreach programs and a nondiscriminatory hiring policy as evidence of his fair treatment of all people.

“I don’t think I’m intolerant, I just don’t condone the lifestyle,” he said. “Your personal lifestyle should be nobody’s issue but yours. It’s not a civil rights issue, it’s a personal choice issue.”

In addition, Langford said anyone familiar with his personality and religious views should not be surprised by the denial.

“I’m not going to endorse, condone or condemn anybody,” he said. “I’m just not going to sign the proclamation.”

Equality Alabama: Birmingham Mayor Larry Langford, under investigation by the SEC for accepting more than $156,000 in cash and benefits in exchange for Jefferson County bond business, has cited his personal religious views in refusing to issue a mayoral proclamation and denying a parade permit to Central Alabama Pride.  Equality Alabama will be conferring with attorneys and our partners at CAP to determine how best to deal with the Mayor’s illegal act of religiously based discrimination. 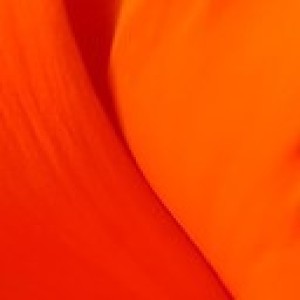