He Lost His Only Daughter to Extreme Color-Aroused Disorder (ECA)

What is color-aroused emotion, ideation and behavior and how can you tell whether it is benign, mild, moderate or severe?  The following story, recounted to me this morning here in Bahia, Brazil, illustrates both what the illness is and how to determine its level of severity with specificity.

I have a friend named Bruna, a white-skinned Brazilian woman who is recounting the following story, about a close friend of hers, and I am translating and typing it up now, as she speaks.  Bruna says,

I have a friend named “Monica” whose skin is very white, and she has long blond hair and green eyes.  She and I prepared for the college entrance exams together, and her case stands out as the most drastic case of color-aroused hatred that I have ever witnessed:

Little did he know that his daughter already was secretly in love with a Black.  In the private school they attended, Monica looked secretly toward João, and he glanced back surreptitiously at her.  Whenever João was not in class, Monica copied and passed her notes to João, as well as informing him of the homework that was assigned.  João asked Monica to go out with him and she was dying of desire to do so.

But, Monica’s father was also their high school Portuguese teacher, in Brazil, where schools are small and all of the teachers are present all of the time.  And so Monica had to scrupulously hide from her father her passion and love for João, even as it became more intense within her.  She never declared her love to João, nor him to her, but they shared the knowing glances and  secret communion that were the only expressions of their love that were allowed to them, because of Monica’s skin color, her father’s skin color, and the skin color of João.

They both were middle class, lived on the same street, but never walked to school together, lest their father discover their secret love.  Monica found João’s telephone number and they conversed endlessly by telephone when Monica’s father was not at home.  But could not walk together, hold hands, kiss, study together or in any way violate Monica’s father’s strict law that Monica “must never date a Black.”

When Monica and João “coincidentally” entered the same university in their town in which they lives, he studying law and she psychology, they continued their high school friendship, but now with increased freedom.  They went to a college initiation party together and Jõão tried to get with Monica there, but Monica fled his embrace.  At the next party, however, when Monica saw that João was about to “get with” another girl, Monica made perhaps the most fateful decision of her life.  She gathered her courage, called João to chat and declared her love for him, as well as the family circumstances that had prevented her from loving João for three long years.  But she was crazy in love.

They began to date secretly, for a more than a year, still calling each others’ houses and conversing for hours, going out to movies, studying together . . . and making love.

Then someone told Monica’s father about the relationship between her daughter and a Black man, João.  He demanded and explanation and she confessed her love for João.  Monica’s father swore at Monica, told João never to see his daughter again.

Monica’s father cursed her violently. For a week, Monica obeyed her father, not speaking with João at all, while the fights between her and her father became more and more intense.  Finally, unable to reason with her father and make her understand and accept her love for João, Monica called a friend who had an apartment and she requested to live there, rather than with her father.  Monica’s father’s hate for Black people had caused him to lose his only daughter, and he now lived in his house alone, without seeing or speaking with his only daugher.

For the first time in their three-year relationship, João and Monica had the freedom no longer to hide their bi-chromatic relationship, but to live their love and their lives normally, in the open.

Monica tried to build a new relationship with her father, based on his acceptance of her life decision, but he could not accept it and he could no longer love and accept her.  In fact he rejected her and behaved as if she has never existed.

Monica and Joaõ continued dating for another year and a half, until they both graduated from university, he with a degree in law and she in psychology.  When João asked Monica for her hand in marriage, Monica accepted immediately.  Monica’s father refused to attend their wedding, which was celebrated in the same city in which they all lived.  His hatred and repulsion for Blacks was stronger than his love for his daughter.

Although Monica’s father never really has accepted his son-in-law, still João has reached out to him emotionally, discussing soccer and news events, but without ever directly discussing the circumstances that compelled Monica to leave her father so many years ago.  Monica’s father has never apologized for his behavior of years, but he has significantly changed his behavior in the present, which is ultimately far more important.

Eventually, when Monica’s father asked to see his grandchildren, and they called him “grand-daddy,” showing him their toys and chatting with him in his dark and solitary home, the old man was unable to deny the love to his own grandchildren that he had so long forbidden to his daughter and his son-in-law, because of their bi-chromatic love.

João is now a very wealthy lawyer, corporate counsel for a large international firm, and Monica has her own private psychology practice.  Together they are able to provide Monica’s father the medical and home care that he needs.

Only a psychiatrist, after careful and competent evaluation, can diagnose Extreme Color Aroused Disorder (ECA).  However, laymen can form laymen’s informed yet informal opinions, if they read the literature and are open to carefully considering symptoms, duration, specific facts, and applying them to the ECA diagnostic criteria.

One clear indication that Color-Aroused Disorder is “extreme” is when color-aroused ideation, emotion and behavior prevent, disrupt or results in the termination of relationships with family members, friends, business contacts, caregivers, or other significant persons.  According to the US Government Social Security Administration, an illness that markedly impairs the formation and/or maintenance of relationships is an extreme illness.

Since Monica’s father’s color-aroused ideation, emotion and behavior, over a significant period of time, did exceed the criteria by causing a serious and long-term disruption of his family relationship with his only daughter, this clearly rose to the level of a “marked impairment”.

Another symptom of ECA is when the ECA- symptomatic behavior impairs parenting skills.  Clearly, the nature and quality of Monica’s father’s parenting was severely affected by his color-aroused ideation, emotion and behavior, because he preferred to actually terminate his parental role rather than accept his daughter’s considered and firm choice to engage in a loving and otherwise appropriate bi-chromatic relationship.

Yet another of ECA is when the patient tries or has tried to enforce separation of others or from others based on their skin color.  Repeatedly warning against engaging with others based only on the color of their skin shows an obsessiveness symptomatic of ECA, particularly when the patient feels compelled to persist in these color-aroused admonitions in spite of damage done to his/her significant relationships.

Marked skin-color-aroused stress and discomfort associated with being near or thinking about one’s own color and/or the color of others are also symptoms of Extreme Color Aroused Disorder, particularly if this stress and discomfort leads to impairment in one or more significant relationships or areas of life functioning.

Since Brazil is a intensely polychromatic society, it is reasonable to wonder whether Monica’s father’s color-associated ideation, emotion and behavior would have caused him stress in his job as a teacher of polychromatic high school students and in other social and professional relationships.

Although I am not a psychiatrist, have not interviewed Monica’s father, and am not competent to make an ECA diagnosis, I nonetheless believe, based on what I have heard, that Monica’s father would have been well-served to seek screening, diagnosis and treatment for ECA before his color-aroused ideation, emotion and behavior caused him to lose his relationship with his only daughter, miss her wedding, as well as the birth and infancy of his only grandchildren.

It is important to understand and remember, however, that not all color-aroused disorder is “extreme” or “severe”.  Sometimes, color-aroused emotion, ideation and behavior are benign, mild, moderate in terms of their ability to impair the individual, his emotional and physical health, and his relationships.  Those who refuse to take the time and effort to learn about this disorder should not assume that all color-aroused symptoms are extreme, and then throw “ECA” around like an epithet, as so often happens with the words “racist” and “racism”.

The author is the editor of the American Journal of Color Arousal (AMJCA) and the Truth About McCain Blog. 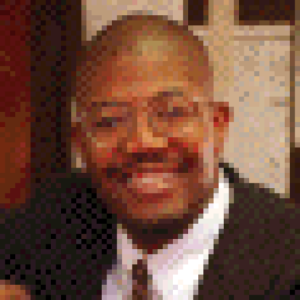 He Lost His Only Daughter to Extreme Color-Aroused Disorder (ECA)