I too have a dream!

This past Monday, all over America, we collectively celebrated the birth and life of Dr. Martin Luther King, Jr.  For us, that meant loading up the kid in the car and taking him down to the King Day Parade.  Dr. King had a dream that black and white could live, work and interact as equals.  In my household that has played out quite literally.  I grew up a scrawny white kid from the burbs.  My partner is big black brother straight outta the hood.  It’s an unlikely partnership that works remarkably well and has for the past six years.

When we met right at 6 years ago, I immediately became aware that no matter how our friendship developed, I would never be number 1.  That place was reserved for my partner’s son.  The one he had sole custody of.  The one who hung the sun, moon and stars.  The one who ruled the universe.  After meeting him, I understood…completely.  As we dated, we talked about the little guy having two daddies.  It seemed doable.  We became a family.  Our little guy turned 9 this past year.  He’s all boy!  I couldn’t be prouder to be his parent!

Living in one of the most progressive communities in Southern California has a way of insulating you from some of the more egregious crap that gay people face in other parts of the country.  Listening to gay parents talk about some of the challenges they face often seems foreign to me.  Sure we’ve had to deal with ignorant people…but in general, we don’t face the same level of discrimination that is evident in some of the less progressive communities.

Which brings me back to Monday.  The day we celebrate Dr. King’s vision.  The day I realized, up close and personal, that for many that dream should never become reality for people like me or my family.

Back from celebrating Dr. King, I was at the computer, writing up some thoughts.  The little guy was in the backyard with the neighbor girl.  The big guy had been called into work.  The doorbell rang and I answered it.  At the door stood an attractive lady with a clip board in hand.  “Is ***** home?”  I answered in the negative.  “I’m **** from the Los Angeles Department of Children and Family Services.  May I come in?”

For the next hour, the nightmare that my family has dealt with for the past 5 years was once again played out.  New allegations of sexual abuse had come in and investigations had to be made.  She apologized.  It was just her job.  Yes, she could see prior visits to our home documented.  Allegations found to be “unfounded.”  But, they have to investigate.

I told her how frustrating it was for me, as a parent, to watch how each visit negatively affects my son.  How, after one visit last spring he had disciplinary problems in school and how his grades were negatively affected.  I told her how angry it makes me that simply because we are two gay men, raising a child, that we are suspect in the eyes of a few noisy people.  People who have determined to make life difficult for us.  She understood my frustration.  But afterall, she must do her job.  She asked me if I would call in my little guy.  She told me I could listen in as she questioned him…as long as he couldn’t see me.

I hated watching my strong, confident 9 year old walk in to face another person he didn’t know ask his questions he shouldn’t have to deal with at his age.  I couldn’t protect him.  I couldn’t do a damn thing!

As I listened to the questions though, I was comforted some what.  My little guy is a trooper.  He filled her in on his life.  I wish I could have seen his face because his answers were hilarious.  She asked him how he felt about Social Workers coming to visit him and ask him questions that might make him “uncomfortable.”  He said “well, the first time it bothered me…alot; made me scared and frustrated, but I’m cool with it now.”  I beemed with pride because he’s figured out, at 9, that it’s something he’s got to deal with and he’s learned how to deal.

It also made me mad as hell!  My kid shouldn’t have to face visits from Social Workers everytime someone (and we’re pretty sure we know who) gets a wild hair up their ass (which is about every 3 or 4 months).  He shouldn’t have to “get use” to something!  I understand that those who visit my home are just doing their job.  What I don’t understand is people who have benefited from Dr. King’s dream refusing to allow that dream to be reality for others who have are being disenfranchised.  I don’t understand people like those in the “ex-gay” community who advocate for restrictions on my life; who say a “real” family is made up of a mom and dad.  Don’t they realize that their self-hating ignorance directly affects me and my family?

I too have a dream.  I dream that my child will not have to face bigotry because he has two dads!  I know it’s just a dream!  But maybe, just maybe, with a lot of hard work, one day it’ll be a reality! 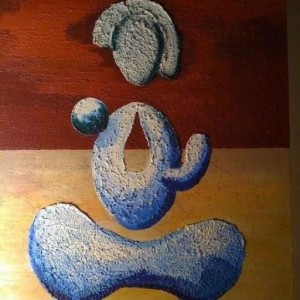 I too have a dream!