Michael-in-Norfolk
0 0
Judicial Discrimination and Prejudice Michael-in-Norfolk 2007-10-11
Employment is not the only area in which gays are subjected to discrimination. As I have noted, Virginia has no anti-discrimination laws that protect LGBT individuals. Therefore, it is surprising that the Canons of Judicial Conduct for the Commonwealth of Virginia contain the following provision:
“Canon 3.5. A judge shall perform judicial duties without bias or prejudice. A judge shall not, in the performance of judicial duties, by words or conduct manifest bias or prejudice, including but not limited to bias or prejudice based upon race, sex, religion, national origin, disability, age, sexual orientation or socioeconomic status, and shall not permit staff, court officials and others subject to the judge's direction and control to do so. . . .”
Like so many things, however, the devil is in the application and enforcement of such provisions. As I have intimated, my divorce process has been a nightmare. While two of the Circuit Court judges that have been involved in my case have clearly followed the directive of Canon 3, the judge presiding over the last and most important hearing did not. Or at least not in my view. Therefore, I have filed a complaint with the Judicial Inquiry and Review Commission against this judge who in my view, allowed his personal views of gays to prejudice the handling and out come of the hearing. My Complaint, among other things, states that:
“Judge **** displayed prejudice and lack of impartiality against Complainant in respect to Complainants sexual orientation in violation of Canon 3 of the Canons of Judicial Conduct for the Commonwealth of Virginia. Judge **** failed to disqualify himself as required by Canon 3 and deprived Complainant of a fair and impartial trial and ruling.”
Will I get proper relief? I have no idea and certainly will not be holding by breath. This is, after all Virginia, which has a terrible track record on its treatment of gays and LGBT individuals. The recently enacted “Marriage Amendment” to the Virginia Constitution and previous legislation clearly make gays second class citizens. Some members of the Virginia General Assembly have even remarked that they would be pleased if all gays packed up and left the state. Only time will tell if the Judicial Inquiry and Review Commission will actually enforce Canon 3 in may case. God only knows what fall out will be forthcoming. 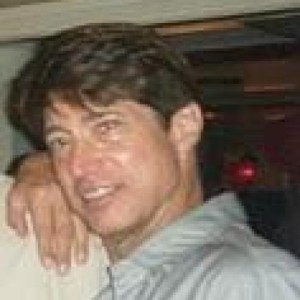 Out gay attorney in a committed relationship; formerly married and father of three wonderful children; sometime activist and political/news junkie; survived coming out in mid-life and hope to share my experiences and reflections with others. In the career/professional realm, I have my own law firm - Michael B. Hamar, P.C. - and practice in the areas of real estate, estate planning (Wills, Trusts, Advanced Medical Directives, Financial Powers of Attorney, Durable Medical Powers of Attorney); business law and commercial transactions; formation of corporations and LLC's; and legal services to the gay, lesbian and transgender community, including birth certificate amendment.