(Ben Chanales is a grassroots organizer, relief worker and photographer who has followed the Jena 6 story on the ground in Louisiana. He was at the demonstation yesterday and wrote this report — JH)

I am sitting in a coffeeshop in Natchez, MS, trying to decide what to write about today’s demonstration in Jena, LA. The organizer in me wants to lead by reiterating the story that, if you’re reading this, you likely already know- six young men sent to jail on trumped up charges due to the racist actions of a few very stupid, very powerful men… but to me that’s not the most notable story of the day. Those young men certainly deserve justice and thanks in large part to the public attention that’s been focused on the town in the last few months, they may actually get it- but for me this day was the story of one of the largest public declarations of civil rights advocacy in recent memory, one where the whole thing went off without a hitch. No arrests, no hospitalizations, nothing but an entire town full of focused demonstrators who were successful in getting their message out. This day was a model of what social action should always look like, how a large group of individuals can come to the aid of a few in need, and in so doing, change the political dialogue for an entire country. This was the day that restored my faith in mass demonstrations.

Today thousands of people from across the country converged on the tiny little town of Jena. They spoke out for the rights of all people- and they did it in a spirit of cooperation, camaraderie, and positivity rarely (if ever) seen at a protest of this size. Dozens of buses, hundreds of vans, parked along the main streets for miles- church groups marching with college fraternities, radical African nationalists alongside garden variety Democrats. The protesters on horseback(!) didn’t even get rattled when the motorcycle clubs rolled past. The streets of Jena were totally, completely overrun with social justice advocates- who all stayed focused on why they had come there and on how they could work together. A sea of black tshirts bore a single call for justice- phrased alternately as a demand, as a plea, as a prayer; accompanied by imagery of trees and nooses in ink, glitter, puff paint, magic marker. Scores of megaphones spoke to each contingency, and all spoke of support for the Jena Six, of heightened government accountability, and of true, final, unequivocal equality for African-Americans (and for everyone else). Police presence was minimal as local cops and troopers mostly stayed busy guiding traffic and providing directions- interviewed later, a police spokesman said only, “we couldn’t have asked for a better group.” The biggest problem of the day, he reported, was dehydration suffered by those out-of-towners unprepared for the heat. Happily, the Red Cross was on hand with chilled bottled water and cookies.

With stakes this high, nearly everyone got it right. The protesters did what they set out to do, while the cops maintained a neutral demeanor of facilitating Constitutional free expression. National Lawyers Guild legal observers, dispatched to bear witness to protester-police interactions, spent most of their time making friendly conversation and trying to stay out of the brutal sun.

As things wound down at the high school and the courthouse, the crowds wound their way to a ballpark on the edge of town, where they found shade tents, a concert pavilion, and- count ‘em- four different barbecue pits- along with a snow cone stands, a hamburger grill and an impromptu po’boy shop, all raising money for the legal defense fund. Only in Louisiana could outrage and hospitality go so easily hand-in-hand.

So, that’s what went right. A major demonstration, pulled together not by a single organization, or even a coalition, but truly from grass roots. Demonstrators bound up in the issue, rather than protest culture. A powerful message of justice. So, who got it wrong? It’s pretty simple- everyone who wasn’t there. Today was an amazing outpouring of community spirit, one that crossed every economic, social, and ideological boundary- save one. Conspicuously absent were, well, white people. On one hand, the day was an amazing display of solidarity, togetherness, and large-scale organizing, and there can be no doubt that its success was entirely the result of activism within the African-American community- and there can be no argument that today was anything but an unequivocal, jubilant success, a message to the lawmakers of LaSalle Parish and to all America … but if events like these are ever going to create lasting dialogue and truly confront unequal power dynamics, everyone who has been hurt by the miscarriage of justice in Jena- every single one of us- must stand together in solidarity- and in person. 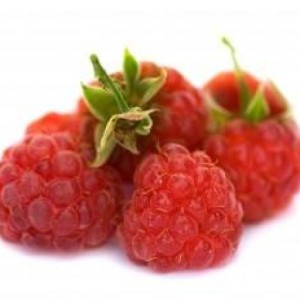