How can our straight allies help more?

In a post about the various Prides around the world over at Feministing.com, a commenter named snicker snack brought up some very good questions.

Stupid sheltered me, I’m embarrased to say at the time I had never even thought about queer families! I don’t have any queer friends (in my defense, I don’t really have any hetero friends either) so I haven’t had any easy opportunities to experience queer culture, other than living on the east side of Madison, WI.

I’m ashamed to say that I didn’t go to the parades in later years. I feel like I should be doing something, and showing support by going to a parade that’s all about love and acceptance is just about the easiest thing you can do, right? Especially when gay rights are really just human rights, civil rights and they affect everyone gay or straight.

So, what can a woman like me do to help the cause (and donating money isn’t really an option for me right now)? I don’t even know where to start. I don’t want my girls to become women in a world where they can’t marry whomever they choose, who suffer from all kinds of prejudice, where people might hate them for no logical reason. I stunned them the other day (btw, my girls are 6, 3 and 2) when I explained that sometimes women marry women and men marry men. I realized I had never talked to them about this. They’re inundated with princesses and princes and all that crap and they never realized that maybe the princess would rather be with another princess. I tried to explain to them that although I fell in love with and married a man, other women/men love/marry other women/men and that’s perfectly normal. I want them to believe that homosexuality is normal, not ok, not acceptable, but normal, just like heterosexuality or bisexuality [sic] Any suggestions?

So how can our straight allies help more?  Obviously donating money is nice, but a lot of people don’t have much to give.  I have seen straight couples who when they marry, inform guests that a wonderful gift to them would be a donation to HRC for all the gay couples out there who can’t get married.  I’m more a fan of keeping activist dollars local (ie find your state group and stick to state activism) because I think it will be more productive, but I appreciate the thought that goes into the gesture.  Likewise, when my (straight) friend got married last summer, he made a short speech at his wedding about how lucky he is to be able to get married, because some people don’t have that privilege.  He said he wanted to let all his wedding guests know that although he was so happy today, it was hard for him to go through the wedding process with queer friends who couldn’t.  He then asked his wedding guests to think about ways that they could celebrate the real meaning of marriage by making it available to all people.  I was really touched by that.

But even if you are not getting married, there is a lot our straight allies can do.  Bumper stickers are fairly cheap, and are a good way to advertise your commitment to equal rights.  There are a lot of nice ones that say things like “Straight but not narrow” and “Say ‘I do’ to equal marriage rights”.  All you need to do is donate $5 to HRC and they will send you one of their ubiquitous blue and yellow equality stickers, those look great on a car (or just ask any gay person for one, I have this theory that every gay person has a stash of at least 5 of those damn things somewhere in their house… I have like 10 of them in my desk).

For hetero parents with kids, it is GREAT to tell them that girls can marry girls and boys can marry boys, but I think it needs to go beyond an occasional conversation.  There are plenty of great children’s books out there with gay characters or gay families – and if you don’t have the money to buy them, check them out from your local library.  There is “And Tango Makes Three” about the real-life gay penguin couple and their chick, “King and King” where two princes decide that they would rather marry each other then the princess, the classic “Heather has Two Mommies”, and plenty more.  Just put one of those titles in at Amazon.com, and it will give you more suggestions about books with gay kids and parents.  Your kids are never going to see gay people in our heterosexist society unless you show them.

Tell your kids that it is ok for girls to marry girls, but also make it clear to them from a young age that it is perfectly normal if they themselves are gay.  My girlfriend’s mother always told her “Honey if you were a lesbian, you know we would always love you because there is nothing wrong with that”.  When she was a teenager it would make her shout “Moooom! I’m not gay!!” and stomp out of the room, but when she figured out she was bi at age 22, it make the coming out process so much easier because she never doubted that her parents would love and support you.

And figure that if your kid lives in a largish city, especially one like Madison with a reputation for liberalism, that they will go to school/daycare with the children of gay parents.  Make sure they know not to tease kids for having two moms or two dads, and teach them to tell a teacher if they see any other kid bullying another kid.  Don’t count on the schools, even in a liberal area, to include same-sex families in the curriculum or to talk about anti-gay bullying.  And kids do make mistakes and get swayed by peer pressure, so if you kid gets caught doing the bullying, come down hard on it and make sure they know it is not acceptable.  Sometimes even the nicest kids don’t make the right connections or choices, our little 6 year old neighbor loves to tell us that boys can marry boys and girls can marry girls, but we caught him playing ‘smear the queer’ in our front yard.

Going to see the parade is nice, and make yourself a cheap t-shirt with a black sharpie that says “Just another straight person for gay rights”.  Its nice to really be able to visually see that our allies are out there.

Vote, please god vote.  And talk to your kids (no matter how young), parents (no matter how old), friends, relatives, co-workers, and anyone else you can think of about why you are voting the way you are.  Talk about queer issues, and even if you don’t have the time or the money to be a big time activist, you can change hearts and minds with simple conversation.

Read and educate yourself.  Read blogs (like this one here) about GLBT issues, read books on gay history and culture, pick up an issue of The Advocate and thumb through it at Barnes and Noble.

Consider writing letters, emails, etc to your state and federal elected officials, explaining your support of gay rights from a straight POV.  Most politicians are used to hearing the gay community complain, but hearing it from a straight POV might be able to really bring the issue home.  And if you see an anti-gay article in the newspaper or editorial section, consider penning your own letter to the editor.  It doesn’t have to be a literary masterpiece, just speak from the heart.

Try to find gay friendly or gay owned businesses and “vote with your wallet”.  Often the pamphlet at gay pride has a list of gay or gay friendly businesses, and I know people who use it as a gay business guide.  Also some towns have gay chambers of commerce or gay business groups that you can use to find those businesses.  And ask around, it is not hard to find out which businesses are owned by openly gay people (the Soap Opera on State Street in Madison is gay owned and run for example, and I know this from going in and buying bubble bath for my girlfriend).  If you are going to buy gas and groceries anyway, avoid large companies that fire workers just for being gay (Exxon Mobile and Meijer for example).  Find out which ones to avoid from the HRC Corporate Equality Index.

Can anyone else think of any suggestions? 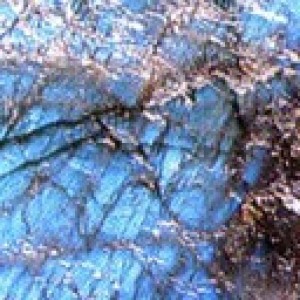 How can our straight allies help more?