I’ve got to hand it to the President…he is consistent. Unfortunately, it is that same consistency that has apparently led him to nominate James Holsinger to be the next Surgeon General. The only thing missing from Holsinger’s resume is to have graduated from Jerry Falwell’s Liberty University. Holsinger does have the requisite evangelical background…having once “presented “The Pathophysiology of Male Homosexuality” in January 1991 to a United Methodist Church’s committee to study homosexuality”.

President Bush’s nominee for surgeon general, Dr. James W. Holsinger Jr., wrote a paper in 1991 that purported to make the medical argument that homosexuality is unnatural and unhealthy. Doctors who reviewed the paper derided it as prioritizing political ideology over science, and Democratic aides on Capitol Hill say the paper will make his confirmation hearings problematic, if not downright bruising.

“A confirmation fight is exactly what the administration does not need,” said David Gergen, a former adviser to Presidents Nixon, Ford, Reagan and Clinton, who predicted the paper would cause a “minor storm” among Democrats on Capitol Hill.

“You have to wonder given the quality of some of the nominations that have gone forward recently, whether the selection group in the White House has gone on vacation,” Gergen said. “There has been a growing criticism the administration favoring ideology over competence, and this nomination smacks of that.”

Of course Gergen is right, but it should come as no surprise that this President would hold fast to his pattern of giving ideology, loyalty, and partisanship precedent over science, competence, and impartiality. Bush is apparently unaffected by the long list of questionable appointments that have resulted in extended periods of embarrassment and the need for tortured explanations.

“It’s a totally faulty paper. The man doesn’t know anything about human sexuality,” said June M. Reinisch, Ph.D., director emeritus of the Kinsey Institute for Research in Sex, Gender & Reproduction. “There’s clearly a political agenda in this paper. This is not a scientific paper.”

Frankly, this is one of those situations when it’s difficult to view the actions of the Bush administration as anything more than a virtual goldmine for late night comedy material. It just goes to show that ideologues have no shame when it comes to attempting to prove and promote their beliefs…and that is particularly evident with regards to all things scientific. I realize it may be unfair to say this, but, in my opinion, it has all the makings of a pathology that might well warrant treatment.

The George W. Bush era reminds me of the wise words offered by Horace Mann in one of my favorite quotations, “We go by the major vote, and if the majority are insane, the sane must go to the hospital.”

With that said, I offer my own version of comic relief in the form of the top ten reasons President Bush nominated James Holsinger to be the next Surgeon General:

If you’re a lame duck president, you might as well hire a quack to be Surgeon General…and he has the papers to prove it.

The President has always been fascinated with science-fiction.

Given the many new health threats in the world, this country needs a Surgeon General that will focus on the sexual practices of less than ten percent of the population.

If you’re going to be a president with your head up your ass, you need a doctor who has spent his career obsessing about what belongs in a man’s rectum.

It’s about time we had a Surgeon General that will address the real issues in the gay community’rectal lubrication and injury. This focus on HIV has been blown way out of proportion.

Everyone knows that George W is an “ass man”.

Holsinger’s knowledge of “cornholing” might accelerate the administration’s efforts to expand the discovery and drilling of ethanol wells…What!?

Hey – the President likes this man’s way of thinking – the fact that he’s focused on ending man on man sex means he obviously knows there’s “nothing wrong with” or unnatural about a little old fashioned girl on girl action.

Holsinger’s knowledge of where a penis belongs should put an end to heterosexual men’s preoccupation with, and insistence upon, the unnatural practice of oral sex.

Bonus Reason For The Holsinger Nomination:

If Hillary and Bill make it back to the White House, someone will need to educate the former president on where to put his “stogy”. 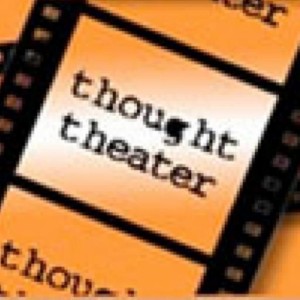