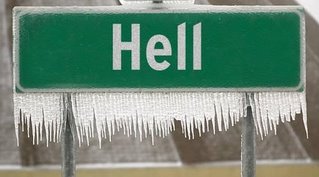 Paul D. Wolfowitz, while serving as deputy secretary of defense, personally recommended that his companion, Shaha Ali Riza, be awarded a contract for travel to Iraq in 2003 to advise on setting up a new government, says a previously undisclosed inquiry by the Pentagonâ€™s inspector general.

Mr. Wolfowitzâ€™s office said it could not comment on the latest disclosure. Ms. Rizaâ€™s lawyer, Victoria Toensing, did not respond to a request for a comment.

If "Natasha" Toensing ain’t talking, bad things are a-brewin’, because there is nothing that she thinks she can’t bullshit away even when Henry Waxman is handing her her ass.